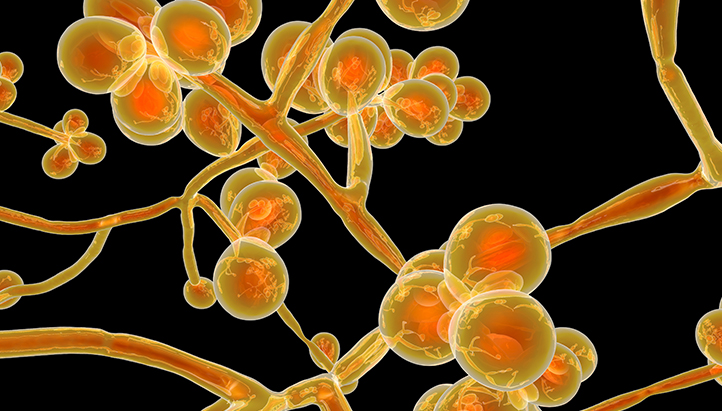 Researchers from the Los Angeles Biomedical Research Institute (LA BioMed) have taken a major step toward the creation of vaccine that could neutralize the culprit behind a growing public health crisis. Candida auris, a “superbug” that has caused hundreds of often fatal hospital-acquired infections in the United States in recent years, is resistant to common antifungal drugs. Almost half of those who contract C. auris die within the first three months, according to the Centers for Disease Control and Prevention.

In a paper published August 5 in the PLoS Pathogens Journal, a team of scientists including Drs. Ashraf Ibrahim and Jack Edwards of LA BioMed detailed recent breakthrough experiments that successfully immunized mice against C. auris infection. The first-of-their-kind experiments can serve as a blueprint for the development of a vaccine that could prevent infections caused by C. auris in humans.

Drs. Ibrahim, Edwards and their team performed studies that identified the presence of proteins in C. auris similar to a major protein in another fungus, Candida albicans, called Als3. In conjunction with LA BioMed spinoff company NovaDigm Therapeutics, they developed a vaccine, NDV-3A, based on certain characteristics of the Als3 protein that they used to successfully immunize mice against C. aurisinfection.

The vaccine induced significant levels of immune responses and protected immunosuppressed mice from lethal C. auris infection compared with a control group not given the vaccine. Given that C. auris can be resistant to almost all anti-fungal drugs, a vaccine is likely the best way to combat this emerging and deadly pathogen.

“The potential for a vaccine for a drug-resistant fungus like C. auris can save both thousands of lives and billions of dollars in health care costs,” Ibrahim said.

“We are proud that our investigators are continuing our tradition of discoveries that will save many lives,” said David Meyer, PhD, President and CEO, LA BioMed. “Hospital-acquired infections are a growing problem affecting those least able to fight them. This type of highly impactful—and successful— research is what our institute is all about.”