Agreement will cover development and marketing of oncolytic virotherapies 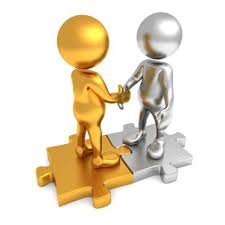 Oncovita, a biotech company dedicated to the development of life-saving new treatments, in particular anti-cancer therapies, announces today that it has entered into a licensing agreement with Institut Pasteur, granting it an exclusive worldwide license to develop, manufacture and commercialize therapies based on the immuno-oncolytic measles virus platform. Financial terms of the agreement were not disclosed.

The live-attenuated measles virus has been used for decades to immunize billions of children worldwide. It is one of the safest and most efficacious vaccines.

The licensed technology is based on changes in the measles viral genome designed to dramatically increase its anti-tumor properties. This technology has been developed by the viral genomics and vaccination unit of Institut Pasteur, Paris, France. The viral genomics and vaccination unit has previously successfully developed and patented other genetically modified measles vaccine viruses to be used as recombinant vaccines which are currently under clinical development (chikungunya, zika, dengue fever and others).

For the anti-cancer candidates, Oncovita, a spin-off of Institut Pasteur, has been selected to be the exclusive holder of the worldwide rights on the modified measles virus technology.