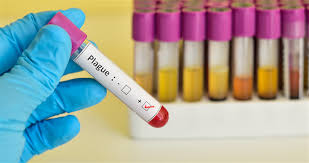 Enesi Pharma ("Enesi"), an innovative pharmaceutical company developing unique injectable solid dose drug-device vaccine products and scientists at the world-renowned Oxford Vaccine Group ("OVG") at the University of Oxford, announce they have entered into a collaborative agreement to create and test a solid dose vaccine against plague.

The collaboration will leverage Enesi's ImplaVax® needle-free technology and a proprietary vaccine against the bacteria causing plague (Yersinia pestis) developed by OVG, based on a ChAdOx adenovirus vector.

Plague is a serious infectious disease with a high mortality rate unless treated early with antibiotics. There is no approved vaccine available.

According to the World Health Organization, most cases of plague since 1990 have occurred in Africa (particularly in Madagascar), however, outbreaks have been reported worldwide including in the United States. Plague is recognised by public health authorities globally as a potential agent of bioterrorism with Y. pestis classed as a Category A priority pathogen by the US National Institute of Allergy and Infectious Disease (NIAID) and considered a priority pathogen by the UK Vaccine Network based on the high risk that plague poses to national security and public health.

The collaboration between Enesi and OVG aims to create a stable and easy-to-use solid dose plague vaccine for use in areas around the world where outbreaks occur as well as for building strategic stockpiles as part of government preparedness for rapid deployment in the event of a bioterrorism incident.