RRP is an HPV-associated disease that can cause noncancerous tumor growths leading to life-threatening airway obstructions, and occasionally progresses to cancer. 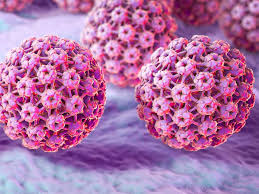 RRP is an HPV-associated disease that can cause noncancerous tumor growths leading to life-threatening airway obstructions, and occasionally progresses to cancer. RRP is primarily caused by two strains of HPV, HPV 6 and 11, which also predominantly cause genital warts. RRP may occur in adults (adult-onset RRP) as well as in children (juvenile-onset RRP) who are thought to have contracted the virus during childbirth. Currently, the disease is incurable and can only be treated by surgery to remove the tumors, which temporarily restores the airway. The tumor always recurs and the surgery must be repeated, usually multiple times a year.

Inovio's pilot clinical study enrolled two adult patients with RRP and one adult patient with tracheal cancer, all positive for HPV 6. One patient with tracheal cancer discontinued the study prior to the completion of follow-up. In the two patients with RRP, their condition had required surgery approximately every six months to clear the tumor growths.

Following their last dose of Inovio's HPV therapy, both patients have been surgery-free, due to lack of tumor recurrence. One patient has not needed surgery for over two years; the other has been surgery-free for over one year. A complete study report is being prepared as a medical publication. Inovio plans to further develop INO-3106 as a novel non-invasive immunotherapy for the treatment of RRP, a rare, orphan disease, for both adult and pediatric populations.

This data was presented at this week's Annual Meeting of American Association for Cancer Research by David B. Weiner, Ph.D., Executive Vice President and Director of the Vaccine & Immunotherapy Center at the Wistar Institute and Inovio's co-founder.