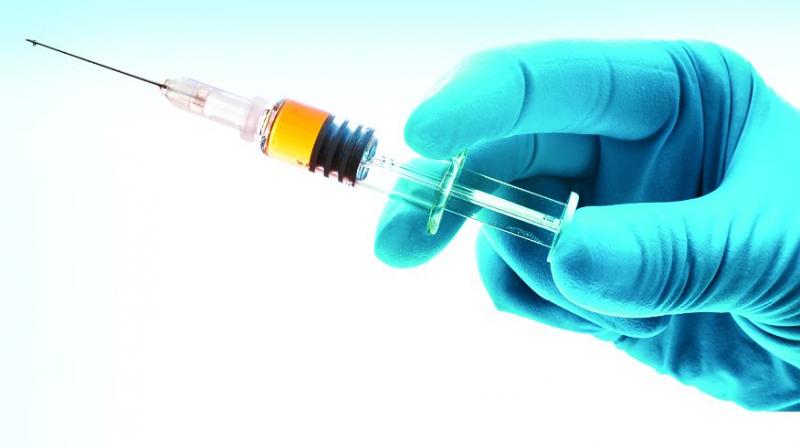 The India Expert Advisory Group on Measles & Rubella (IEAG-MR) after reviewing the existing strategies and efforts towards measles elimination and control of rubella during the past two days with Ministry of Health & Family Welfare has commended India on the progress of the measles and rubella vaccination campaign.

The expert member group concluded that ‘the country is on the right track’.

The expert group consisting of national and international experts complimented India on the growing trend in MCV (measles containing vaccine) coverage, and the significant reduction in MCV-1st dose and MCV-2nd dose dropout rate which declined from 44% to 13%.

There has also been a reduction of DPT booster dose and MCV2 missed opportunities from 43% to 7% . The group has advised for the MR vaccination campaign to cover the whole country by 2018. Presentably 13 states have been covered by the vaccination campaign. The most recent campaigns in Andhra Pradesh and Telangana were reviewed in detail, and the experts complimented both states for excellent performance and their innovations to achieve very high coverage. The Group has recommended to strengthen the surveillance for MR and to expand the MR laboratory network.

Preeti Sudan, Secretary (Health) stated, “The country is fully committed to achieving the goal of measles elimination and rubella control to protect its children from these diseases’. She commended the state governments along with partners who have supported these efforts. She also credited the concerted IEC and awareness campaign to address the barriers to the vaccination; and the appropriate programmatic and strategic modifications based on learnings during the different phases of the campaign for the success.”

Dr. Jacob John, the co-Chairman of the IEAG said, “Two doses of Measles vaccine fully protect children against measles infection. In the past while the 1st dose coverage was close to 90%, the 2nd dose lagged behind by 45%. Both the MR campaigns and IMI are dramatically reducing this gap.”

Dr. Jim Goodson from Centers for Disease Control and Prevention (CDC), Atlanta said that “the Government of India has a smart plan that capitalizes on previous investments for polio eradication by re-tooling existing information systems and resources for measles elimination. Measles surveillance data should continue to be used to identify any areas with children missed by vaccination, thereby contributing to measles elimination efforts in India.”

Measles kills an estimated 49,000 children in India each year, which is about 37% of the global deaths due to this disease. India has set an ambitious goal to eliminate measles from the country. Measles Rubella vaccine has been introduced in 13 states. It is planned to expand across the country, covering 41 crore children by the end of 2018.