Instead of Ministry- wise approvals, we should go for theme based projects: S&T Minister 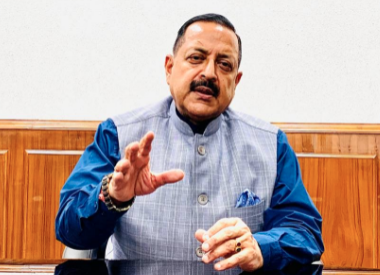 Dr Jitendra Singh added, "Most medical technologies are not indigenous and we are still dependent on as much as 85% imported technologies. One reason being the healthcare sector has never been given priority here in India, neither social nor cultural, owing to legacy issues besides economic constraints."

He further said, Earlier, entrepreneurs were reluctant to invest as there were multiple window clearances, sometimes 70 even in small scale sector. COVID-19 has served to give a kneejerk to indigenous technologies such as CSIR in manufacturing ventilators, vaccine production by DBT, ISRO in Liquid Oxygen. Instead of Ministry/Department wise approvals, we should go for theme based projects involving the private sector. Indigenous medical technologies will help reduce dependence on imports and for this the government, private sector, corporates and scientists, all will have to come together and pool their resources."