Apart from these five portals, four publications were also released by the Ministry of Ayush 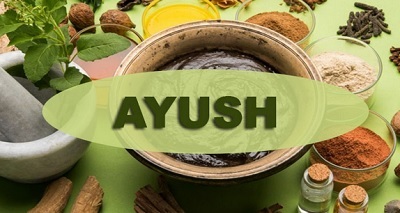 After the inclusion of dataset pertinent to Ayurveda in CTRI portal, the Ayurveda Clinical Trials would have worldwide visibility and will further the cause of strengthening Ayurvedic Research.

The SAHI portal incorporates authentic resources and will be of immense help in showcasing the historical veracity of Ayurveda. With the help of the e- Medha portal, anyone will have online access to more than 12 thousand books. These books are related to Indian Medical Heritage and can be accessed through NIC’s e- granthalaya platform.

AMAR portal, which was also launched, is a repository for Ayurveda, Yoga, Unani, Siddha and Sowa- Rigpa Manuscripts and catalogues. Another portal CCRAS- Research Management Information System or RMIS in short, is a research guidance platform.

Apart from these five portals, four publications were also released by the Ministry of Ayush- Proceedings of International workshop on” Preservation and Promotion of SOWA-RIGPA in Asia; Compendium of Important Cereals mentioned in Ayurveda-Series-1, volume-1; Ayurveda Sangraha: An important classical textbook of Ayurveda which is mentioned in the Schedule 1 of Drugs and Cosmetics Act 1940. Up till now this book was available in Bengali language. Now it has been transliterated to Devanagari Script; and PathapathyaVinishcaya- An important book of Ayurveda and has details of diet and lifestyle.