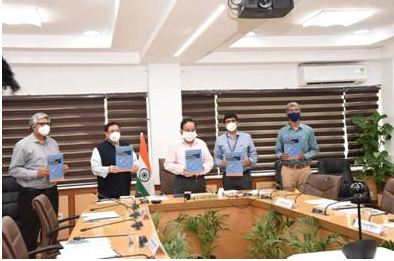 Indigenous production of Active Pharmaceutical Ingredients (APIs) needs to be scaled up to a level where the production is economically viable, says a report which identified a list of APIs that need prioritized manufacturing and the associated advantages.

The report titled ‘Active Pharmaceutical Ingredients- Status, Issues, Technology Readiness, and Challenges’ was brought out recently by Technology Information Forecasting and Assessment Council (TIFAC), an autonomous organization under the Department of Science & Technology, Government of India.

It was released along with a white paper on ‘Focused Interventions for ‘Make in India’: Post COVID 19’ by Dr. Harsh Vardhan, Union Minister for Science & Technology, Health and Family Welfare and Earth Sciences at a virtual function recently.

The major recommendations given in the report include focus on engineering and scale aspect of technology development, need for mission mode Chemical Engineering with defined targets for uninterrupted synthesis of molecules and to create mega drug manufacturing clusters with common infrastructure in India and the technology platform to be developed for biocatalysis towards reducing process steps for cost optimization and for fluorination, Investment on priority in fermentation sector of large capacity and scale supporting techno-economic feasibility, attention to technologies like hazardous reactions, flow chemistry, cryogenic reactions, and membrane technology.

The report further suggests chiral building blocks through biocatalysis for production of niche intermediates involving enzymatic reactions or fermentation as an area of potential exploitation for Indian API industry and focus on antiviral drugs, which require nucleic acid building blocks - Thymidine/ Cytosine Adenine/ Guanine none of which are manufactured in India because of lack of cyanation plants.