India would not allow Illicit Drug trade to happen within its boundaries: Amit Shah

He congratulated the Narcotics Control Bureau (NCB) for organising this important conference and welcomed the delegations, coming from the Partner Nations including Bangladesh, Bhutan, Myanmar, Nepal, Sri Lanka, Thailand and different State Governments of India, in the conference. Home Minister also released the administrative and operational manuals of NCB on the occasion.

Addressing the august gathering, Shah called illicit drug trade a global menace and said that it is a burning global issue that plagues every Nation, especially the Bay of Bengal littoral States. It is thus very important for all countries to engage with each other to exchange ideas, policies and best practices in order to combat this menace, he said.

The Home Minister talked about Prime Minister, Narendra Modi's vision to end the global drug menace and recalled the 2018 Kathmandu BIMSTEC conference where PM invited the Partner Nations to India, while announcing the current conference on Combating Drug Trafficking. Shah quoted the PM and said that there is no nation in the world that is not affected by global terrorism, transnational crimes and illicit drug trafficking. He expressed confidence and hope that this conference would open new avenues and generate new solutions to combat the menace of drug trafficking in the region.

The Home Minister assured the delegates that under Prime Minister Modi's vision of a Drug-free India, Government of India has devised a well laid out strategy to ensure inter agency coordination and revamp the prosecution mechanism to end the menace of drug trafficking. He stated that India would not allow illicit narcotics and psychotropic substances trade to happen within its boundaries. “We will not allow drugs from any country of the world to enter into our country nor will allow it to go out of the country”, he added.

Talking about the zero tolerance policy followed by Government of India against narcotic drugs and psychotropic substances trade, Shah talked about various steps taken by India on national as well as international levels, including those at UN, INTERPOL, to combat this menace. The Home Minister said that India taking the lead in organising this BIMSTEC conference would act as the harbinger of new avenues within the region that will help bringing other Nations on such similar platforms to find solutions to tackle drug trafficking. He also termed the Bay of Bengal littoral States as the focus of India's ‘Neighbourhood First’ and ‘Act East’ policies and India being the largest country in the region will not shy away from its responsibilities in fighting drug trafficking and terrorism.

Talking about the seriousness of the drug trafficking issue, Shah quoted the UN's World Drug Report and said that over 5% of the global population between 15-64 years of age is addicted to narcotics and use of illicit drugs. The Home Minister expressed concern that the rate of addiction is showing a fast increase i.e. a 30% rise in the last 10 years. He termed drug addiction as a curse for mankind as it not only kills the addict but also destroys families as well as the society, besides fuelling the evil of global terrorism and transnational crimes through its dirty money. Shah cited an estimate of over $ 400 billion of yearly illicit drug trade happening globally, giving an idea of the size of the mammoth issue facing humanity.

The Home Minister laid emphasis on the need for all Nations to join hands and supplement each other's efforts in fighting this menace, as this global scourge cannot be fought by any country individually. He laid emphasis that Nations of the BIMSTEC are especially affected by illicit drug trade, transnational crimes and terrorism, making it all the more important to use platforms like this conference to devise coordinated strategies in ending the evil from its roots. Shah described how Indian security agencies have worked brilliantly to cease over 2 metric tonnes of illicit heroine till September 2019 as compared to 1.2 metric tonnes in 2018. He also said that Manipur and Mizoram having borders with Myanmar and other coastal States are sensitive and may become a gateway for illicit drugs entering India, which needs to be prevented.

Talking about the steps taken by Government of India in combating the drug trafficking Shah said that the Union Government has laid down a well thought out strategy to increase coordination among the agencies of the Centre as well as States and the Home Ministry has established a joint coordination committee to increase surveillance over drug trafficking. The Ministry has also started an e-portal for digitalisation of drug data that may be utilized by various drug enforcement agencies. In the last 5 years, Over 1.89 lakh Narcotics cases have been registered in India, in which over 2.31 lakh drug smugglers have been arrested by the agencies including over 1500 foreign nationals, he said.

The Home Minister also informed that the Ministry is about to establish a training centre for NCB officials regarding enforcement of drug laws, at Bhopal. To fight this global menace, India has so far signed 26 bilateral agreements, 15 MoUs and 2 security pacts with other countries. India has devised a strategy to increase awareness to dissuade the use of internet and social media in illicit drug trade. Further, Government of India has issued notification regarding the registration of B2B companies in order to prevent the online sale of narcotics and illicit drugs, he added.

Concluding his address, Shah called upon the BIMSTEC Partner Nations to come together and work in a coordinated fashion to uproot the evils of illicit drug trade and global terrorism by establishing infrastructure for information sharing, training of drug enforcement officials, ensuring interoperability of law enforcement agencies to take coordinated action for devising new strategies to prevent the use of over 900 newly developed synthetic psychotropic substances that fall out of the international drug control regime net. He also said that there is a need for the scientific community to engage in research in making the pharmaceutical sector independent of the use of narcotic drugs and for this there is need to invest more in R&D sector. 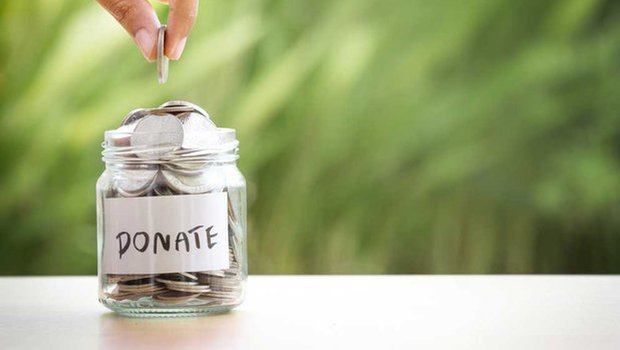