Karnataka to set up Innovation Authority 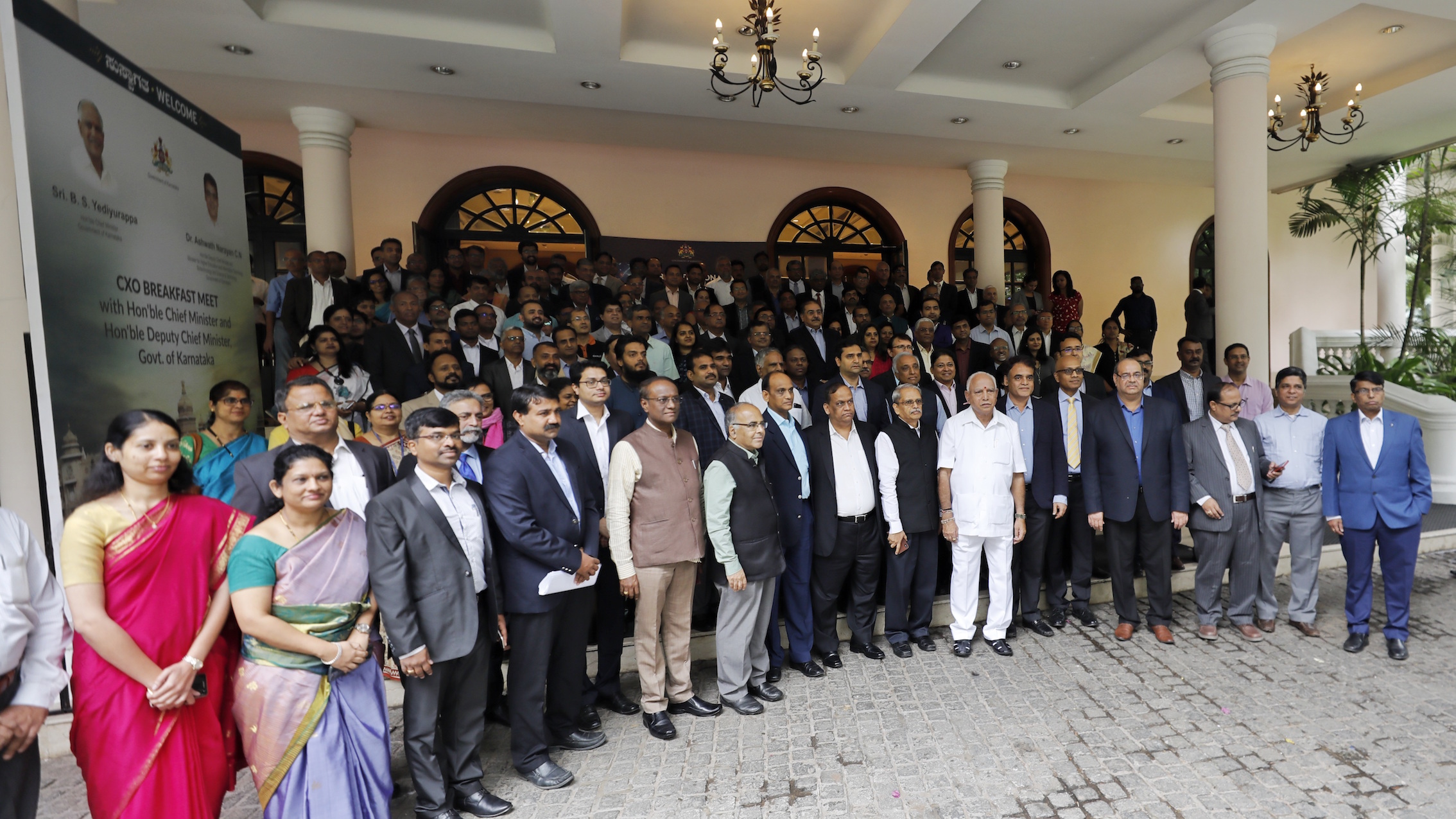 “Karnataka State is on a mission to promote faster and inclusive growth. We recognize the prominence of IT to achieve this goal and we will announce a revised IT Policy in the coming days. The policy will focus on attracting investments and generating employment in Tier-2 and Tier-3 cities. To support latest technologies, we are going to set up the ‘Karnataka Innovation Authority’” said B. S. Yediyurappa, Chief Minister, Government of Karnataka.

Yediyurappa was speaking after holding interactions in Bengaluru on September 19 with vision group members, senior officials of the IT BT and ST Department, Government of Karnataka and industry captains of the IT and Biotechnology space. They also held interactive sessions with Consul Generals and diplomats from over 15 countries including Britain, Israel, Netherlands, Japan, Switzerland, Denmark and Sri Lanka.

Yediyurappa further said “the ‘Karnataka Innovation Authority’ will be set up under my chairmanship with my colleague Dr. C N Ashwath Narayan as the co-chairman. I am also pleased to announce that we will constitute a Vision Group for Startups, to provide insights on strengthening the startup ecosystem, while involving key stakeholders from industry and academia.” He urged the industry to invest in cities like Mysuru, Mangaluru, Hubbali-Dharwad, Shivamogga and Belagavi, where vibrant ecosystems already exist.

Dr. C. N. Ashwath Narayan, Deputy Chief Minister and Minister for IT, BT and S&T, Government of Karnataka said, “The State of Karnataka is recognized as a global leader in innovation, technology and R&D with Bengaluru being the 4th Largest Technology Cluster in the World and one of the top global innovation hubs, along the lines of New York, Tokyo, London, Beijing, Tel Aviv, etc. In order to further enhance our position as a global innovator, the Government of Karnataka will establish a ‘Legal Framework for Innovation’ with the aim to encourage new and emerging technologies in the State. We are working on a draft bill which proposes to establish a mechanism for the creation of Regulatory Sandboxes in Karnataka, which will broadly describe a set of conditions under which innovative technologies can be tested in a controlled testing environment, by relaxing regulatory requirements. These initiatives will be formally announced at this year’s Bengaluru Tech Summit.”

“Our Government has adopted a multi-faceted approach to ensure Karnataka remains the national leader in innovation and enhances its place in the global economy. Our focus would be on skilling, incubating startups, developing global alliances, concentrating on Tier II cities and providing a legal framework for supporting innovation. The Government has laid strong emphasis on university engagement in tier II and tier III Cities which is done through the New Age Innovation Network (NAIN) program which currently covers 30 Engineering Institutions. Through NAIN 293 Projects have been funded and over 100 working prototypes have been realized. We hope to see more R&D and innovation from these universities and academic institutions in the future.” Dr. Ashwath Narayan added.

In his welcome address, Dr. E. V. Ramana Reddy, Additional Chief Secretary, Department of IT, BT and S&T said, “The Government of Karnataka has played an important role in bringing in new technologies to the State and in creating a vast talent pool of skilled human resources to catapult innovation. We have created a system of Global Innovation Alliances (GIAs) to explore collaboration with countries who are innovating at a rapid pace. We currently have around 15 GIA partners and the stakeholders in these countries include Governments, academic institutions, startup incubators, universities, and large tech companies. The Department is also mulling an MNC Engagement Strategy as well for continued interaction with MNCs.