Marks the Silver Jubilee of The Transplantation of Human Organs Act (THOA), 1994 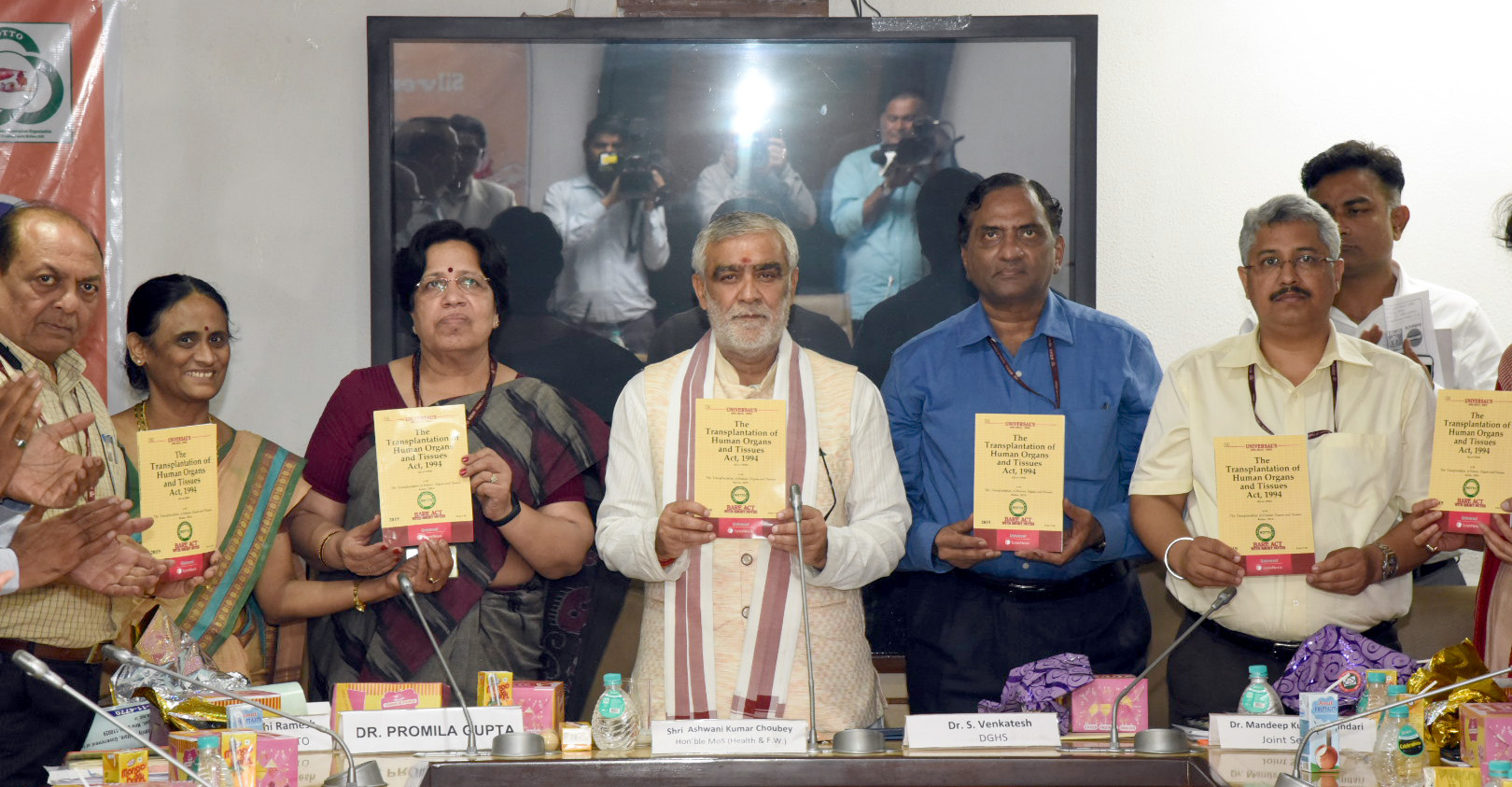 “People’s participation and people’s awareness is the key for encouraging organ donation.” This was stated by Ashwini Kumar Choubey, Minister of State (HFW) at the silver jubilee function of The Transplantation of Human Organs Act (THOA), 1994 , organized by the National Organ and Tissue Transplant Organization (NOTTO), in New Delhi.

Giving a clarion call for “Angdaan, Mahadaan, Mahakalyan,” Choubey said that people’s participation has to be ensured for this noble cause and children have to be made aware of it from the beginning. He urged other departments of the government to be involved in this movement for encouraging organ donation.

In his address, Choubey said that many myths and misconceptions surround organ donation. He stated that very often, organ donation gets discouraged on the basis of superstitions. Choubey urged the people to come forward for organ donation without any fear. He also urged the states to share their data with NOTTO so that National Donor and Recipient Registries can be maintained at the central level. “This will allow a fair and seamless allocation of organs and tissues to recipients across all societal divides. The final aim of a central digitized organ allocation system that ensures a transparent allocation to recipients, both rich and poor, can only be achieved through updated data of all states and hospitals on the national database,” he elaborated.

Ashwini Kumar Choubey also unveiled the silver jubilee copyof ‘The Transplantation of Human Organs Act (THOA), 1994’ and launched the online system for the objective of “Million for a Billion” pledges.