The Ministry of Health and Family Welfare is organizing “India Showcase” to highlight India’s global footprint in the field of innovation and technology to end AIDS, tuberculosis and malaria 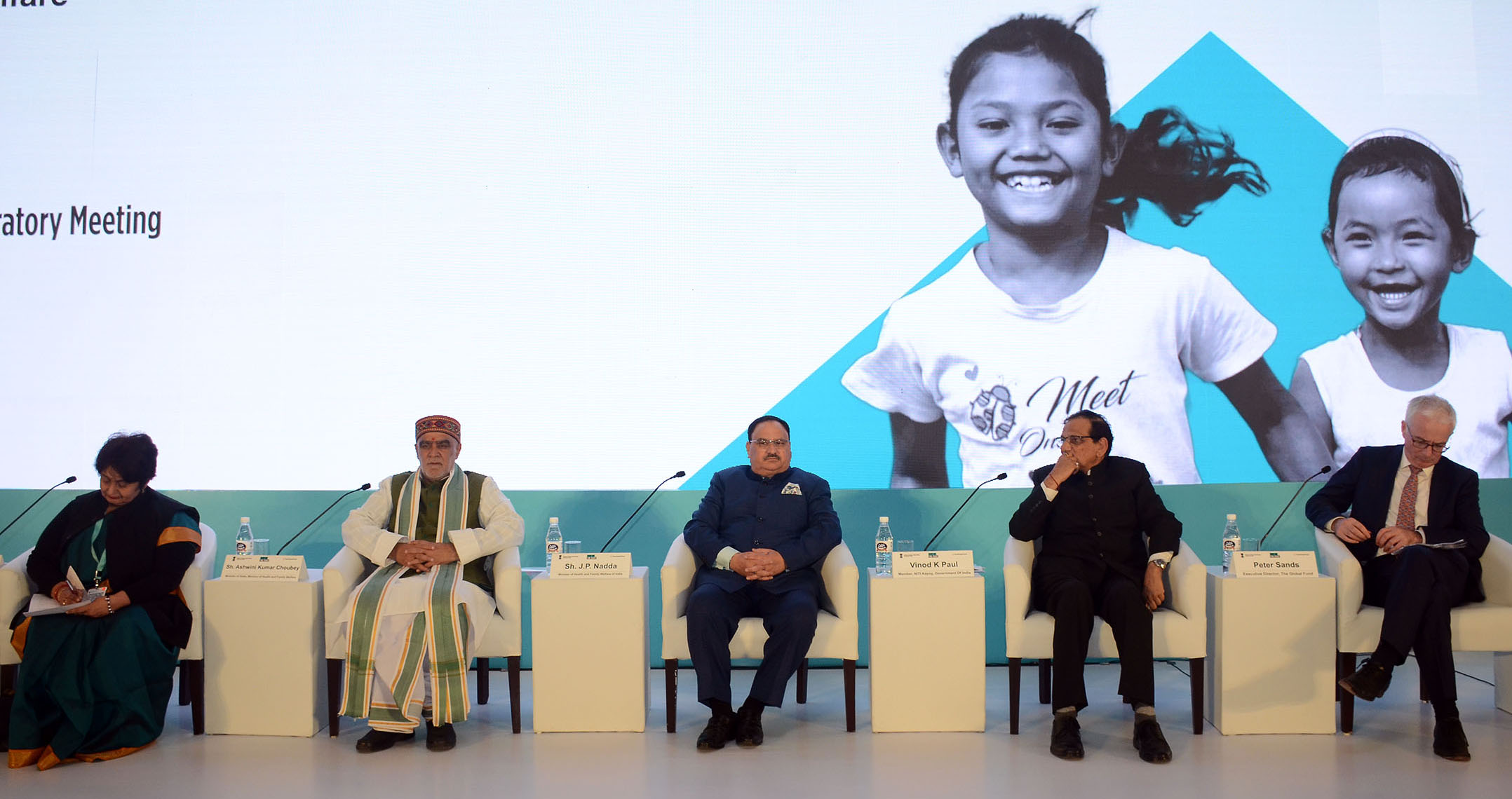 A high level preparatory meeting for the sixth replenishment conference of the Global Fund is being hosted by India on 7th -8th February, 2019 in New Delhi.

India is the first implementing country to host a replenishment milestone, which presents an unprecedented and unique opportunity to highlight India’s role and political leadership in global health, as well as its strong commitment to achieve SDG3.

The Ministry of Health and Family Welfare is organizing “India Showcase” to highlight India’s global footprint in the field of innovation and technology to end AIDS, tuberculosis and malaria and its increased ownership of the national response and its growing role in development.

While inaugurating the same he said, “I am happy to share that the country has set an example globally by increasing its domestic financial allocations for health. India stands committed to increase its overall health allocations to 2.5% of its GDP as enunciated in the National Health Policy, 2017.”

Nadda further stated that this milestone meeting is in tandem with the vision of the Prime Minister who has given the clarion call to eliminate HIV/AIDS, TB and Malaria.

“Under his guidance, we have continued our impactful strategies alongside path-breaking innovations to ensure high-impact programmes that improve health indicators and other determinants of wellness,” he emphasized.

The Union Health Minister further said that India is prioritising resource allocations for Tuberculosis with more than 2 billion USD, being invested in the implementation of the National Strategic Plan to End TB 2017-2025.

“This amount is separate from the additional amount of 100 million USD, being invested for nutritional support to TB patients under the Nikshay Poshan Yojna. As resolved by the Prime Minister at the End TB Summit, 2018 in New Delhi, the country is galvanising all efforts to End TB by 2025, five years ahead of the SDG target,” Minister added.

He also said, “The Health Ministry is working to ensure smooth and sustained coordination among different departments and ministries to ensure a convergence of efforts to End TB by 2025. This inter-sectoral and multi-stakeholder approach has already demonstrated positive results on TB notifications in several states.”

Nadda also highlighted the initiatives and achievements of the Government in HIV/AIDS and Malaria. He stated that the country has launched the National Strategic Plan on HIV/AIDS and Sexually Transmitted Infections (STI), 2017-24.

He further said, “WHO world malaria report singled out India for its impressive gains against malaria. Among the high burden countries, only India showed a substantial decline in disease burden, with a 24% drop in cases. India is on course to meet the goal of ending malaria by 2030.”

“I am happy to share that since the roll-out of ‘Modicare’, in merely 135 days nearly 1.1 million people have already availed of the benefits worth RS. 15 Billion under the scheme,” he added.

Ashwini Kumar Choubey reiterated the Government’s commitment to make India free of TB, Malaria and HIV/AIDS and emphasized on enhancing people’s awareness and people’s participation in eliminating them. He further stated that this platform will give an opportunity to share innovations that India has introduced on Health and specifically on HIV/AIDS, TB and Malaria.

“By hosting this meeting, we exhibit the country’s commitment and political will to fight these diseases,” he added.

Dr V K Paul stated, “India has made a paradigm shift in health systems strengthening through systems level changes and there is an urgent need to continue investing in systems along with new research and innovation.”

India is in a sustained partnership with the Global Fund to fight against AIDS, Tuberculosis and Malaria (GFATM) since 2002 as recipient as well as donor. The Global Fund support has been instrumental in attaining targets related to HIV/AIDS, TB and Malaria reduction and escalating the fight against these three diseases. The Global Fund raises funds in multiyear cycles known as Replenishments and is preparing for sixth voluntary replenishment conference to mobilize needed resources to scale up life-saving programs over 2020-22.