Vital Strategies provided technical support for the development and implementation of this campaign. 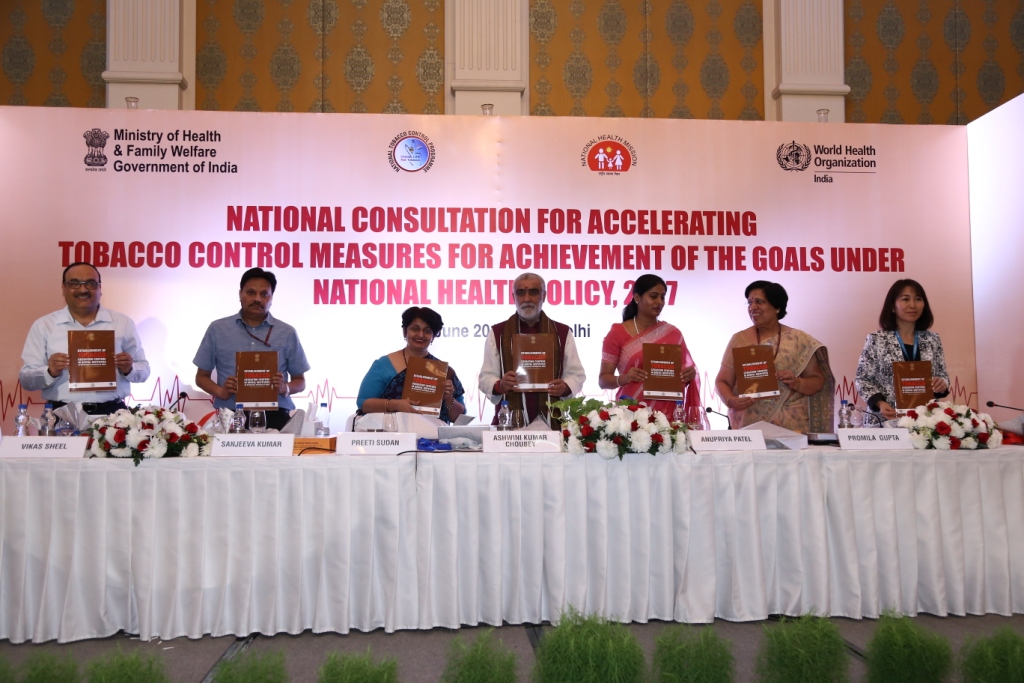 At a World Health Organization (WHO) event recently, the Ministry of Health and Family Welfare, Government of India launched a national media campaign to encourage smoking cessation. Entitled “What Damage Will This Cigarette/Bidi Do,” the public service announcement (PSA) prompts smokers to think about each cigarette or bidi as the path to one of many potential harmful events: heart attacks, cancer, lung disease, and more. By highlighting tobacco’s links to stroke and heart disease, the leading cause of death among tobacco users globally, the campaign amplifies the theme of this year’s World No Tobacco Day, which is “Tobacco Breaks Hearts.” Vital Strategies provided technical support for the development and implementation of this campaign.

Dr. Nandita Murukutla, Vice President, Global Policy and Research, Vital Strategies, said, “We congratulate the Ministry of Health on this powerful campaign. According to the latest Global Adult Tobacco Survey, more than 90 percent of current adult smokers are aware that smoking and exposure to second hand smoke causes serious illness. This campaign graphically shows the specific, proven harms of tobacco smoke, prompting smokers to think about making the healthy choice to quit. Vital Strategies is pleased to partner with the Ministry of Health in delivering this campaign.”

Ashwini Kumar Choubey, Minister of State for Health and Family Welfare said, “We should have an addiction-free India that includes Tobacco-free India. He made an appeal for “NashaMuktiAbhiyaan”. He further added that we need community mobilization to encourage people to give up tobacco consumption. “Tobacco destroys families and communities. We need to start a nationwide abhiyaan- people’s movement, to combat tobacco use.”

“What Damage Will This Cigarette/Bidi Do” shows that smoking causes stroke, lung and mouth cancer, heart disease and emphysema, among other diseases. It encourages smokers to quit tobacco use and ends with the national quit line number (1800-11-2356) and a missed call number (011-22901701) for smokers who want advice on quitting. The campaign will achieve pan-India reach by being broadcast in 17 languages on all major national government and private TV and radio channels. In addition, the campaign will be supported by a comprehensive social media campaign and will run on major digital platforms including Youtube, Facebook, Hotstar and Voot.

According to The Tobacco Atlas, more than 9 lakh Indians die due to tobacco-related diseases every year. Research suggests that implementing strong tobacco control measures to reduce tobacco use could avert 25 percent of cases of heart attack and stroke in India. Strong tobacco control would also help to reduce the incidence of cancer in India: nearly 45% of all cancers among males, 17% among females and more than 80% of oral cancers are directly attributable to tobacco use.

“What Damage Will This Cigarette/Bidi Do” was rigorously pretested with a sample of the target audience who found that it was ‘easy to understand’, ‘believable’, ‘made respondents stop and think’, and ‘made respondents feel more concerned’ about smoking and diseases related to it. Overall, respondents understood the main message of the PSA and it resonated well with them.