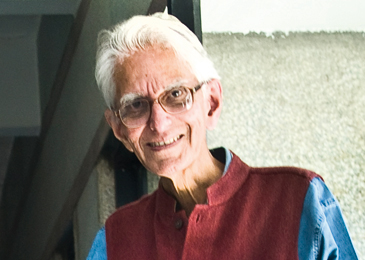 Obaid Siddiqi, National Research Professor at the National Centre for Biological Sciences, Tata Institute of Fundamental Research (TIFR) died in a road accident recently on July 21 in Bangalore, which caused him severe brain injuries. Siddiqi is survived by his wife Asiya, sons Imran and Kaleem, and daughters Yumna and Diba.

Siddiqi, born in 1932 in Uttar Pradesh, received his early education at Aligarh Muslim University. He received his Phd from the University of Glasgow, working on microbial genetics with Guido Pontecorvo. He pursued his post-doctoral research with Alan Garen at Cold Spring Harbor Laboratory and University of Pennsylvania. In 1962, at the invitation of Homi Bhabha, he set up the Molecular Biology Unit at TIFR in Mumbai. The formation of this unit is widely respected as a transformational event in the genre of modern biology research in India.

Prime minister Manmohan Singh and Vice President M Hamid Ansari condoled the demise of eminent biologist. The Prime Minister said Siddiqi was among that crop of scientists who helped lay the foundation of our country's scientific research effort.