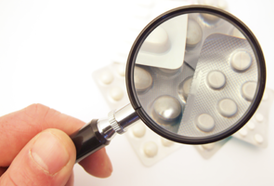 There are conflicting views on spurious drugs in India by the government, non-governmental organizations and media. While the reports by health minsitry in past have suggested that the percentage of spurious drugs is far lesser among the samples analyzed by its team, the NGOs and journalists have been critical about the definition of the spurious drugs.

The earlier survey conducted by CDSCO in 2009 concluded that the extent of spurious drug in retail pharmacy was much below the projections made by various media, WHO, SEARO, and other studies i.e. only 0.046 percent. (11 samples out of 24,136 samples).

Now as per the notification issed on April 13, 2015 and signed by Dr G N Singh, the Drug Controller General of India (DCGI), there is an ongoing countrywide survey on spurious drugs being conducted under the director of National Institute of Biologicals (NIB). The drug regulator has deputed 74 inspectors to NIB for carrying out the mammoth task by April 30 of this year. This could be expanded further if required.

Dr Singh mentions that about 47,000 drug samples are expected to be drawn by the team carrying out this task. These samples would be then homogenously examined physically and veracity of information too would be verified.

DCGI also sought cooperation from concerned stakeholders as the exercise is expected to get delayed in few cases due to unavoidable circumtances possibly various technical and administrative issues. However, he also made clear that his office is doing everything it can to meet the set deadlines.