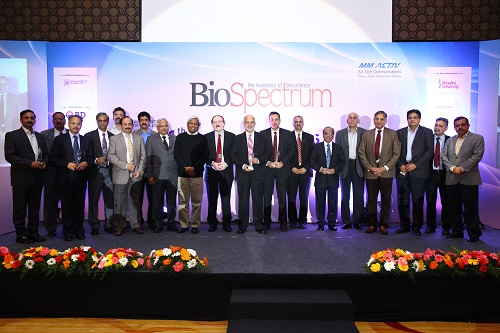 Dr K VijayRaghavan, who delivered the keynote address, spoke about the potential of applying biotechnology to ad- dress the problems of the society. He said that we need to make sure that the current progress leads to the creation of new avenues for the society. While speaking about the challenges being faced by the industry, he said that the solution lies in linking basic biology to modern biology. "Tomorrow if we have increased funding, we will see in- crease in the absorption capacity as well," he added.

Mr Suresh said that, "This year's BioSpectrum awardees have the unique distinction of developing vaccines and therapeutic production using biotechnology tools to meet the specific demands of India's poor patients and make these wonders of modern biotech affordable to the masses globally too."