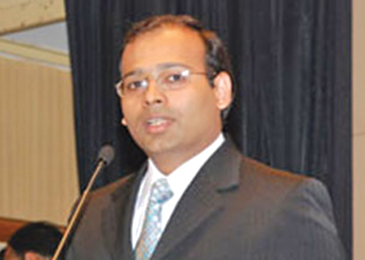 Subhanu Saxena, takes charge of Cipla as the new global Chief Executive, succeeding Mr. Y.K. Hamied. The 49-year-old Saxena's directive is to figure the next phase of Cipla's growth, and his blueprint includes the process of potential new businesses for the company.

Cipla now has a 'new ventures' business under a different head that estimate opportunities in the over-the-counter (OTC), consumer-health, bio-similars and animal health segments, he says, indicating there is more, but still under wraps. As these ideas develop into sustainable businesses for Cipla, the equivalent plan for the domestic market is to build on its strengths and improve its reach across the country, so that people can get easy access to a Cipla product.

Subhanu, has a graduate degree in engineering from oxford university and an MBA from INSEAD, France, joined in February after CMD and supporter Y K Hamied decided to step down as MD after a 50-year-long stint. Cipla will increase its market presence in North America and Europe, and also evaluates the road ahead in Japan, China, Brazil, Turkey and Russia.