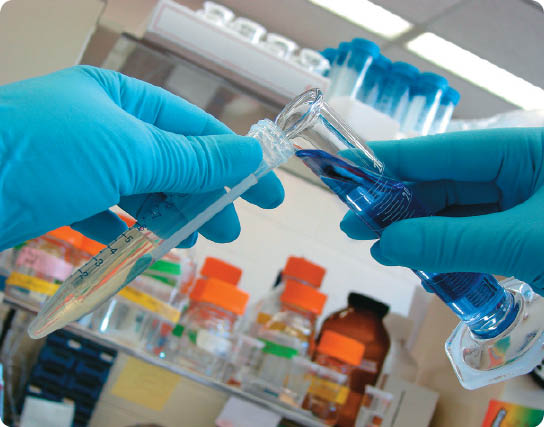 Clinical research hits a roadblock as the number of trials decreases significantly over the last four years.

The recent orders on various aspects of clinical trials from the Central Drugs Standard Organization (CDSCO) have not been able to satisfy the stakeholders in the clinical research industry. Experts have termed these as mere regulatory in nature and not in sync with reality or current requirements. Only positive point they say, is that there is at least some movement in terms of issuing orders.

"Clinical research in India should be reflective of the country's ever increasing healthcare needs," said Ms Suneela Thatte, president, Indian Society for Clinical Research (ISCR) at a panel discussion held in Delhi to discuss the clinical research environment in the country today. "The growth in the industry, which peaked from 2005 to 2010, has seen a massive decline in the last few years, due to widespread misconceptions and the uncertain and unpredictable regulatory environment. We need to ensure that enough research is being done in India to address our triple burden of diseases which include communicable diseases, non-communicable diseases related to lifestyle and infectious diseases."

As per Dr Shamsher Dwivedee, senior consultant neurologist, Fortis Memorial Research Institute, "Those who are criticizing the trials don't understand the suffering of the people and forget that it is a human issue. I have a case where a patient was willing to even travel abroad for trials because there were no such opportunities in India."

"Over a period of time, there has been a decrease in the number of trials. From 2010 onwards, there has been a five fold downturn in trials owing to the negative environment prevailing in the country", said Dr Shoibal Mukherjee, an experienced clinical research professional who was also the founding member of ISCR.

A clinical trial patient who was present at the event, shared her experiences. "My participation in the clinical trials helped me get health reports constantly. Despite initial apprehensions, I was cared for and there were no issues at all. At least I got an opportunity to have a treatment than nothing at all," shared the patient on the basis of anonymity.

The patient who was well-educated also laid stress on the need for more volunteers for the trials as it is the only way to test the drugs for disease for which there is no treatment. "Somebody has to come forward to take up the challenge, inspite of the fact that there could be adverse reactions. Otherwise how will new drugs come?," asked the patient.

The experts agreed that over the last one and half years, the regulators have introduced several new orders and guidelines to strengthen the regulatory environment for the conduct of clinical research in India. While these is a positive movement forward in ensuring better governance of clinical research and protecting the rights and safety of patients, some of the new rules like the compensation guidelines, mandatory audio-visual recording of informed consent, limiting the number of trials for investigators, have been knee jerk reactions to external environmental pressures and go against the basic principles of research as also patient interest.

Mandatory audio visual recording of the informed consent process has posed a challenge for investigators conducting clinical research in the country with several patients opting out of participating in the research because of this requirement. By specifying that "only those subjects who give the consent for the AV recording shall be included in the clinical trial" the guidelines do injustice to patients who may not wish to be video recorded due to religious or socio-cultural reasons but whose participation in a trial is the only hope of treatment or a better quality of life as there is no better therapeutic alternative. Patients may also refuse to give their consent for video recording on account of social stigma and confidentiality associated with particular diseases like mental illness, HIV, etc. as also because of their suspicion of the audio visual medium. Disallowing a patient from participating in a clinical trial and accessing more effective treatment on account of his or her refusal to be video recorded is a violation of medical ethics and the rights of a patient to fair treatment. For patients who do not want to be video recorded, there should be an option for allowing such patients to participate in a trial while documenting their reservations about being video recorded.

On January 31, 2013, a Gazette Notification on Compensation was published by the ministry of health and family welfare, Government of India, which resulted in amendments to The Drugs and Cosmetics Rules through the inclusion of a new Rule 122 DAB and a new Appendix-XII in Schedule Y, both relating to compensation. There were concerns raised by stakeholders with regard to some of the clauses in the guidelines which went against the basic tenets of research. The DCGI has released draft amendments to Rule 122 DAB on April 24, 2014. The amendments that have been proposed address most of the concerns that were voiced by various clinical research stakeholders against the January 2013 ruling. The ministry provided a window of 45 days from the date of notification for the public to submit feedback and comments on the amendments. ISCR has submitted its feedback on the same and hopes the amendments will be introduced at the very earliest.

A categorical limit on the number of studies an investigator can undertake at a time with scant regard for the nature of trial, number of patients recruited, stage of trial (active or follow up where an investigator may be seeing only one patient every few months) is not just limiting on investigators but is also detrimental to the progress of quality clinical research in the country. It could also encourage the growth of substandard research in the country. There is a finite pool of qualified and experienced investigators in the country and unless there are investments made to grow the pool of talented investigators in the country, this order will work against the interests of sponsors wanting to conduct clinical trials in India. What we need are good investigators who are diligent, supported by appropriate infrastructure and a trained team, thereby enabling them to conduct good quality study and care for the safety and well being of patients.

In the recent budget, the Government announced its decision to withdraw service tax exemption on technical testing or analysis of newly developed drugs, including vaccines and herbal remedies, on human participants by a clinical research organization approved to conduct clinical trials by the DCGI. The clinical research industry in India has, over the last couple of years, already been challenged by a difficult and unpredictable regulatory environment with the number of clinical trials being done in the country slowing down dramatically. Withdrawing the exemption on service tax for clinical trials will act as a further disincentive to doing clinical research in India. Further, this will also impact Indian companies who have an innovative agenda and work with CROs as the withdrawal of the service tax exemption will make the process of drug development even more expensive and act as a deterrent to the culture of research and innovation that needs to be encouraged in the domestic industry.

All these factors and the uncertainty and unpredictability of regulatory direction has led to a hesitancy and lack of confidence in biopharma companies, academic and teaching institutions and not for profit organizations doing clinical research in India.

Patients are impacted the most. For many thousands of patients, participation in a clinical trial can provide early access to new therapies including for debilitating and life-threatening conditions. For patients who have run out of other options, clinical trials are often the last option. There is a need to create a sound clinical research eco system that encourages local research and innovation. There are several biopharma companies, not-for-profit organizations, and teaching and medical institutions in the country doing a lot of valuable research in diseases that affect our populations. We need to encourage such innovation and not deter the scientific and medical community from continuing in the quest to find safer and more effective treatment for our disease burden.

"We need a more collaborative approach in the development of policies and guidelines that have a stakeholder feedback mechanism; more capacity and infrastructure at the regulatory end; more consistency and stability in the regulatory office; openness and transparency and quicker responsiveness and action on issues addressed," said Ms Suneela Thatte.

"We request the media to support us in highlighting the impact of the current regulatory environment on patients and what this means for the future of healthcare in our country. The declining number of clinical trials in India does not augur well for a country with an increasing healthcare burden," added Ms Thatte. "Considering that India has 16 percent of the world's population and 20 percent of the global disease burden and does less than 2 percent of global research, the country's responsibility towards the health of its citizens is critical in creating an enabling environment for clinical research and drug innovation