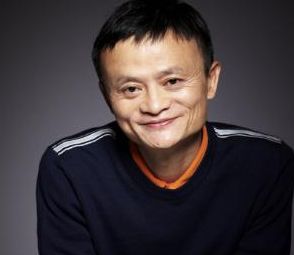 The Breakthrough Prize in Life Sciences Foundation announces that Jack Ma, the prominent Chinese Internet entrepreneur and founder of Alibaba Group, and his wife Cathy Zhang have agreed to join the Breakthrough Prize in Life Sciences Foundation's founding sponsors (Sergey Brin and Anne Wojcicki, Mark Zuckerberg and Priscilla Chan, and Yuri Milner). This brings the total number of annual prizes to six, $3 million each.

"It is my honor to be able to contribute to innovation in the field of medical  research, and I hope that this can one day help make a difference in the lives of many," said Jack Ma, Executive Chairman of Alibaba Group.
All prizes will be awarded for research aimed at curing intractable diseases and extending human life, with special attention to recent discoveries; one prize is aimed specifically at advancements in Parkinson's disease research. The names of the winners will be announced before the end of year 2013.

In addition to financial support related to the Prizes, the Foundation is pleased to announce that Jack Ma has agreed to serve as a director, joining Art Levinson (Chairman), Mark Zuckerberg, Anne Wojcicki and Yuri Milner. "We couldn't be more thrilled to welcome Jack Ma to the project. It's great news for the Prize, and great news for medical science: there are now six 3-million-dollar prizes for trailblazing thinkers who are advancing science and helping to save lives," said Art Levinson, CEO of Calico and Chairman of Apple Inc., Genentech, Inc., and the Breakthrough Prize in Life Sciences Foundation.

Online nominations for 2014 Breakthrough Prizes were opened on September 3, 2013 and will be accepted through October 2, 2013. The nomination form and the rules are available at: http://www.breakthroughprizeinlifesciences.org/nominations.