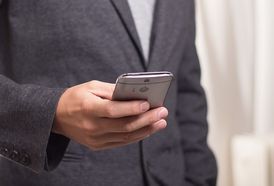 Leman Micro Devices (LMD), the developer of accredited consumer healthcare products that is backed by major players within the mobile device industry, has announced that its Health Sensor & App - the only smartphone-integrated solution that measures blood pressure and other vital signs with medical accuracy - is being readied for submission to FDA and other regulators worldwide.

LMD uses the well-proven Riva-Rocci technique to measure blood pressure. However, instead of using a cuff on the arm, the LMD gaming App tells you how hard to push your finger against LMD's sensor built into the smartphone. Other features give medically-accurate readings of your body temperature as well as blood oxygen saturation, heart rate and respiration rate. All five measurements are performed anywhere at any time in under 60 seconds by following simple instructions and without any extra accessories. There is no need to undress; there is no fuss, no pain and no ‘White Coat' syndrome. The App is factory-loaded in the smartphone and ready to use out-of-the box at no cost to the smartphone user. No calibration is required for the life of the smartphone.

Sir George Alleyne, Director Emeritus of the Pan American Health Organisation comments: "Hypertension is one of the world's most neglected killers, affecting a quarter of the adult population. It's easily treated if you know you've got it; a reliable blood-pressure measuring device costing less than $5 would save many lives."

Adds LMD CEO, Mark-Eric Jones: "The world is ready for smartphones that come with a built-in medically-accurate heath monitoring system, rather than current products which are not approved and often inaccurate. Most wearable devices do not measure health at all, only activity, while other solutions carry a hefty price tag. Yet the market is immense - Apple's CEO Tim Cook says healthcare products could ‘dwarf' the smartphone market - and we believe that just as today no one would buy a smartphone without a high quality camera or GPS, very soon users will expect accurate healthcare functions to be included in the package."

He continues: "Our product is proven in the lab and already the FDA has ruled that it is our device, not the smartphone itself which is the regulated element - in this instance, the smartphone is regarded as an ‘accessory'. We expect to submit our Health Sensor & App for full approval and certification later this year."