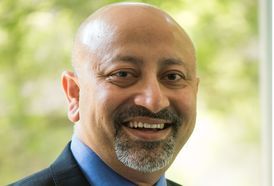 The pharmaceutical and biotechnology sectors have been witnessing a strong trend of consolidation through mergers and acquisitions (M&A) over the last few years. Globally, 166 M&A deals were announced in the pharmaceutical and biotechnology sectors in 2015, up from 137 in 2014, according to The Pharma Letter. Moreover, the number of deals exceeding USD1 billion rose to 30 in 2015 versus 26 in 2014 and 20 in 2013.

Not only are the number of deals increasing, their size is going up too. The average potential deal value in the biotech sector increased to USD320 million in 2015 from USD309 million in 2014, according to a report by E&Y. In 2015, 17 of the alliances in this sector had a total potential value greater than USD1 billion versus 12 in 2014 and only five in 2013.

The reasons behind the rise in the intensity of deal making are not hard to seek. A drop in earnings due to patent expiries on blockbuster drugs, declining R&D productivity and rising pricing pressure are leading to heightened M&A activity. Moreover, US drugmakers are looking at the M&A route to cash in on the benefits of low corporate tax rates in other countries. In the biotech sector, M&As are being driven by the desire of larger biopharma players to secure access to innovative technology platforms.

Why HR is Key to Successful M&As?

Given the mega size of these transactions, there's more pressure than ever on company managements to ensure that M&As are consummated with as less friction as possible so that the combined entity works as a single unified team to realize the potential benefits of the merger. It is here that the Human Resources (HR) function has a key role to play. HR has the greatest impact in the process of integrating two sets of employees and their daily work processes. One of the potent ways in which HR can ensure a smooth transition to a unified entity post a M&A deal is by focusing on defining a set of desirable cultural attributes and then getting employees to quickly adopt these attributes in their daily behaviour.

Research has revealed that ‘culture' is one of the key hurdles to effective integration. In one study, culture was found to be the cause of 30% of failed integrations. It is easy to understand that cultural difference can lead to severe impact on employee morale and performance and hence dent the business objectives.