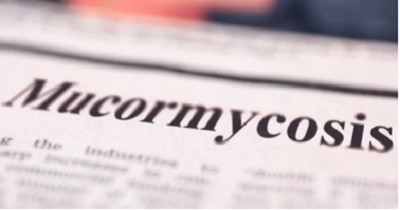 The Sars-Cov-2 delta variant is causing acute and severe immune suppression and an acute hyperglycemic state, predisposing individuals to the risk of opportunistic infections like mucormycosis (black fungus disease). As stated by doctors from Vikram Hospital, Bengaluru the major areas of the body affected by black fungus include the small hollow spaces in the bones around the nose (paranasal sinuses), the nasal cavity, the palate, the skull base and the back wall of the throat from where it can spread to the eyes and brain.

Other probable areas for infection are skin, lungs and the gastro-intestinal tract. Symptoms include facial pain, puffiness or swelling, eye pain, puffiness around the eyes, blurring of vision or double vision associated with a blocked nose, headache, tooth pain or swelling over the palate.

Dr Srinivas K, Consultant ENT, Head & Neck Surgeon, Vikram Hospital, Bengaluru said, “Mucormycosis, or the Black fungus disease, is a rare and rapidly progressive disease with high mortality if not treated in time. It usually occurs in people who either have health conditions like untreated diabetes or are taking medicines that lower the body’s immunity. The infection is caused by a fungus called Mucormycetes which lives in our surrounding environment. Its transmission occurs by inhalation, inoculation or ingestion of the spores. There are probable theories about its spread such as fungus growing on the walls, negative pressure rooms, water leaks, poor air filtration, building construction activities, etc.”

Dr Pramod V Satya, Consultant – Internal Medicine, Vikram Hospital, Bengaluru said, “Black fungus is very much treatable if patients take medical help on time, with typical recovery time being three weeks in early stages of the disease. They need to undergo complete and repeated surgical removal of the infected tissue from the affected areas and take anti-fungal medication in the form of Amphotericin-B. Since this disease is rapidly progressive and potentially fatal, our advice to patients is to consult an ENT specialist in the initial stages of their course of symptoms."

Talking about the kind of people at risk of black fungus infection, Dr Partha Pradeep Shetty, Consultant Nephrologist, Vikram Hospital, Bengaluru mentioned, “Individuals who suffer from diseases causing suppression of one’s immunity are at the risk of black fungus infection. Uncontrolled diabetes is one of the most important risk factors. Cancer patients, dialysis patients and those undergoing treatment with corticosteroids also have a higher risk. Other risk factors include patients facing trauma or burns and those who have undergone an organ or bone marrow transplantation. Patients should be especially cautious if they have had a previous COVID-19 infection and got treated with steroids or Remdesivir or were administered oxygen therapy.”

Dr Srinivas K further mentioned, "The other fungi apart from black fungus that we are seeing in patients include Candida albicans, Aspergillus Niger and Aspergillus fumigates.”