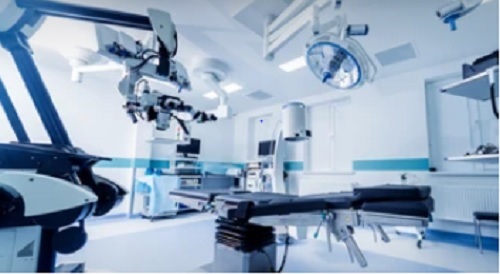 The Association of Indian Medical Device Industry (AiMeD) has opposed GST exemption on Medical Devices as it is counterproductive and anti Make in India.

According to Nath, the cost of manufacturing of the items will be increased to the extent of any GST (Input Tax) paid on purchases of the raw materials and services for the furtherance of the business, as Input Tax Credit (ITC) is not available against exempted supplies and makes the domestic product more expensive and less competitive against imports.

Nath added, "For 40 medical devices listed having the GST rate of 18 per cent (e.g. Thermometers, hot water bottles, laboratory instruments)needs to be reduced to 12 per cent as these are not luxury goods but needed for healthcare. However, we at AiMeD are opposed to a call by importers and healthcare providers lobby seeking full exemption of GST for Covid related Medical Devices. It is counterproductive and anti-Make in India as it reduces the global competitiveness of Indian manufactured medical devices. Indian manufacturers will need to increase ex-factory prices as they would be unable to set off their GST paid on their input procurement to their outputs sales. Imports on other hand would become 12 per cent cheaper. Historically, no importers had provided evidence that they reduced the MRP when GST or Excise Duty as earlier on their products was reduced."

Nath further emphasised that medical devices are 85 per cent import-dependent even after 73 years of our independence. Due to Atmanirbhar Bharat Abhiyan by our prime minister and subsequent some favourable domestic manufacturing encouragement policies of the government, the domestic manufacturers stepped forward to make India self-reliant on medical devices. The importer's lobby is strongly pushing their agenda of constantly seeking exemption of Custom Duty & GST to reduce their import costs and this has historically discouraged domestic manufacturing and resulted in over-dependence on imports.

According to Nath, India imports over Rs 42000 crore worth of medical devices and is already import-dependent due to very low custom import duties only up to 7.5 per cent.

He further added, "If tax authorities want to protect consumers interest then capping of MRP to two to three times over import landed CIF price or ex-factory prices for domestic manufacturers would be more impactful rather than reducing GST and result in immediate direct benefits as in many cases the MRP is artificially inflated 10-20 times of import landed price in a skewed market place. The price of such medical devices could fall by over 50 per cent, he claimed."