Prime Minister Narendra Modi on Friday said “Globally, India is the leader in the supply of vaccines. We aim to develop India as a world-class, $100 billion Bio-manufacturing hub by 2024. This will happen with right policy initiatives and support to innovative research, human resource development and entrepreneurial ecosystem.” 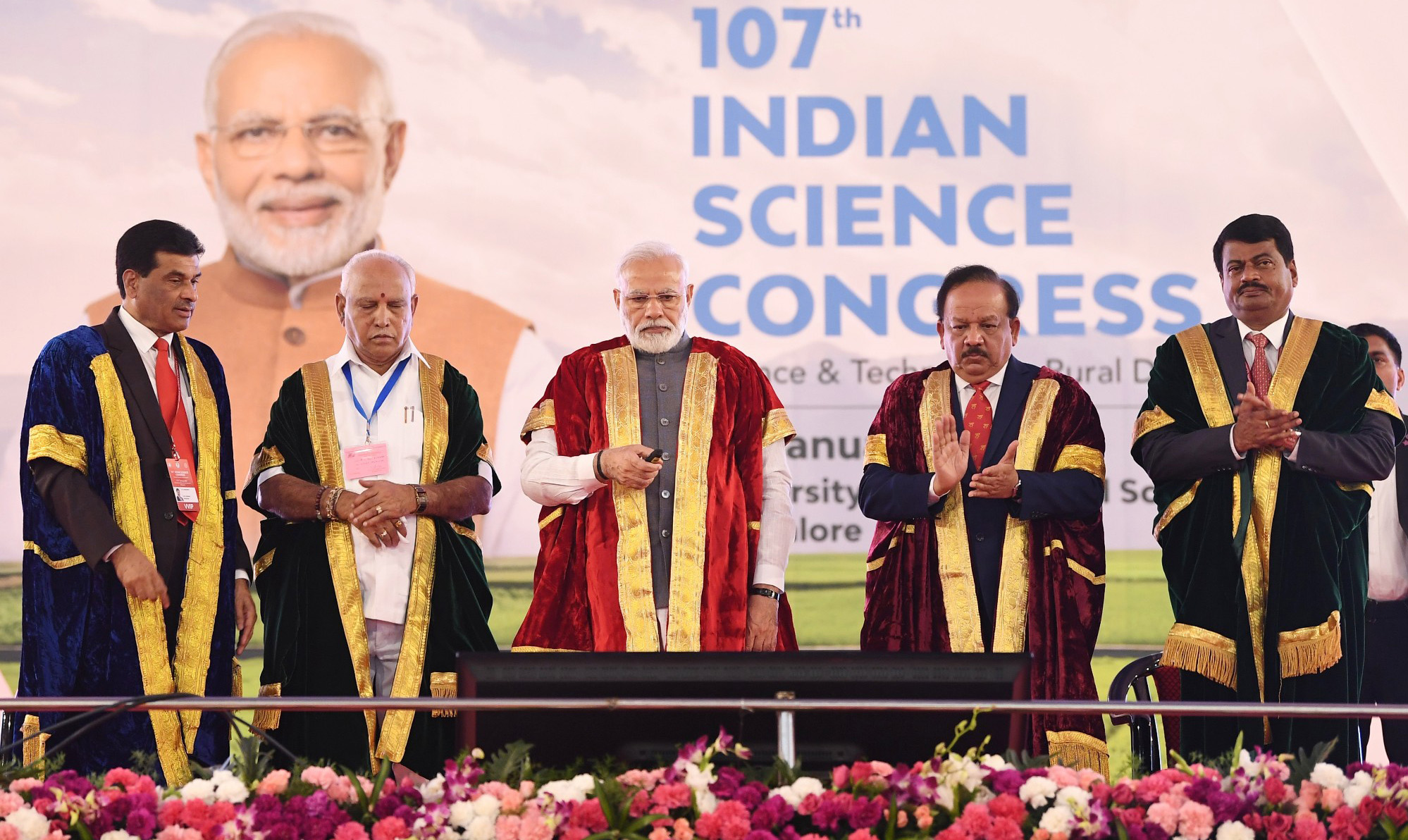 Photo caption : The Prime Minister, Narendra Modi launching I-STEM Portal at the inauguration of the 107th session of Indian Science Congress, at University of Agricultural Sciences, in Bengaluru on January 03, 2020. The Union Minister for Health & Family Welfare, Science & Technology and Earth Sciences, Dr. Harsh Vardhan and The Chief Minister of Karnataka, B.S. Yediyurappa and other dignitaries are also seen.

Speaking at the inauguration of 107th Indian Science Congress in Bangalore, the Prime Minister said “Our vision should be to protect people from the threats of dangerous communicable diseases like Nipah, Ebola, etc. We must work overtime to fulfil the promise to eradicate Tuberculosis by 2025.”

Quoting Mahatma Gandhi the Prime Minister said “It is health that is the real wealth and not pieces of gold and silver.” To promote well-being, “we should not only practice some of the tested traditional wisdom, but also continuously enlarge its scope by introducing the modern tools and concepts of contemporary biomedical research. Another important point I wish to make is the significance of “Make in India” in medical devices to bring the fruits of advances in diagnostics to our people.

India has climbed to third position globally in the number of peer reviewed science and engineering publications. It is also growing at a rate of about 10 per cent compared to around 4 per cent global average. Congratulating the scientists he said “India’s ranking has also improved in the Innovation Index to 52. Our programmes have created more technology business incubators in the last five years than in the previous 50 years!”

The growth story of India depends on its achievements in the Science & Technology sector. There is a need to revolutionise the landscape of Indian science, Technology and Innovation. “My motto for the young scientists bourgeoning in this country has been -"Innovate, Patent, Produce and Prosper”. These four steps will lead our country towards faster development. If we innovate, we will patent and that in turn will make our production smoother and when we take these products to the people of our country, they will prosper. Innovation for the people and by the people is the direction of our ‘New India’, he added.

Prime Minister, launched I-STEM (Indian Science Technology and Engineering facilities Map Portal, designed to be the gateway for users/researchers to locate the specific type of facility they need for their R&D work and to identify the one that is either located closest to them or available the soonest. Once a researcher locates the desired facility through I-STEM, s/he can make an online reservation for using it, paying for it through a secure payment gateway.

The Theme of the India Science Congress (ISC) this year is “Science and Technology: Rural Development”. More than 15,000 participants, including Nobel Laureates, Scientists, intellectuals, academicians, police makers, researchers, students and delegates from different institutions are expected to participate in the event.

The Chief Minister of Karnataka B. S. Yediyurappa and other dignitaries including Union Minister Dr Harsh Vardhan were present on the occasion.