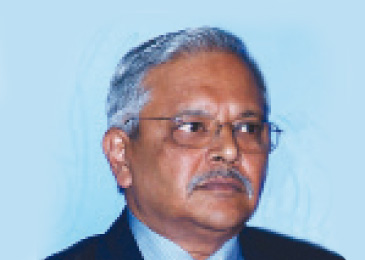 XCyton is a revolutionary molecular biology company founded in 1993 by Dr BV Ravi Kumar. BioSpectrum spoke to Dr Kumar, who is a physician-scientist turned technocrat, spearheading a young, dynamic and enthusiastic team of scientists who build products from inventions that are in-house, from academic institutes and/or other industries, leading to the successful creation of scientifically advanced XCyton owned IPRs.

How many clinical trials have been conducted using XCyton Diagnostics' Syndrome Evaluation System (SES) and what are the outcomes of these studies?

We have conducted three levels of trials for the Syndrome Evaluation System (SES). The first was the laboratory evaluation in which the clinical specimen obtained from proven cases of various infections were tested along with other infections for which all conventional tests failed to detect any infectious agents. The trial for eye infections was conducted at Sankara Netralaya, Chennai, for acute encephalitis syndrome at National Institute of Mental Health and Neurosciences (NIMHANS), Bangalore and for sepsis at St John's Medical College, Bangalore.

This was followed by a prospective study on the clinical samples in comparison to all the conventional tests. For eye infections, it was conducted at Aravind Eye Hospital, Coimbatore and Prabha Eye Clinic at Bangalore. For acute encephalitis it was done at NIMHANS and for sepsis at Fortis Hospital, Noida.

The third trial was the clinical outcome of the studies, where we tested if the clinical outcome was influenced by using SES as opposed to use of conventional tests. For eye infections it was conducted at Aravind Eye Hospital and for encephalitis and meningitis at KG Hospital, Coimbatore. For sepsis it was done at Fortis Hospital, Noida, HCG, Bangalore and KR Hospital, Bangalore.

XCyton's SES allows for the immediate identification of multiple organisms inclusive of bacteria, viruses, fungi and parasites, in a specific test from a single sample. SES can diagnose over 17 diseases including CNS infections like meningitis and meningo encephalitis, blood stream infections like sepsis, pneumonia, acute pyrexia and dengue-chikungunya, HPV genotypes, infections in immunosuppressed patients like febrile neutropenia and ophthalmic infections like retinitis, uveitis and endophthalmitis. Physicians are confidently recommending this test for all of them.

What kind of feedback have you received for SES? Considering the feedback, have you made any improvements to the SES platform?

We had received feedback on the need for inclusion of additional viruses and fungi, which have now been included in the SES platform.

The SES test is affordably priced. It is cost-effective as it reduces the cost of multiple testing, extended ICU stay and prolonged therapy.

How many labs have been established across the country since the launch of SES?

As of now, we have one lab in Bangalore. We will soon be looking to expand our presence across the country to make this test easily accessible to everyone.