The medical devices sector has been campaigning with the government for a separate department and things seem to head towards the right direction. Rajiv Nath, Forum Coordinator, Association of Indian Medical Device Industry (AIMED) reveals more about the growth of the medical devices sector in coming years in an interaction with BioSpectrum India. Edited excerpts; 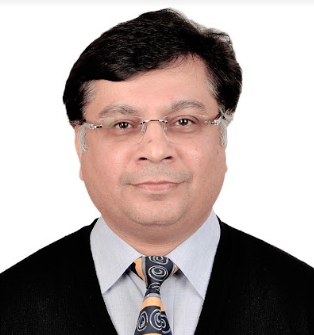 How was the year 2022 for the medical devices industry?

India is known as the pharmacy of the world but in the medical devices sector, it lags far behind and is hugely dependent on imports. Currently, imported medical devices account for 80 per cent of the domestic market, hurting the profits of many small manufacturers in the sector.

It’s been a roller coaster ride as the capacity utilisation of the domestic industry has dropped from the peak utilisation levels of 100 per cent (and expansion of capacities) in mid-2021 to less than 33 per cent currently for COVID critical medical devices but there’s been a rebound for non-COVID related medical devices to pre COVID levels as elective surgeries and other healthcare interventions that were being postponed were taken up, while there’s rebounded demand but a cash flow tight market is keeping this demand subdued. The manufacturers are caught between highly inflationary times as prices of plastics, steel, paper and energy cost spiked and on other hand, manufacturers face intense competition from spare capacities created and are unable to pass on the cost increase fully to their clients.

On the other hand, on the policy front, 2022 has been an eventful year with many strategic initiatives under deliverance whose impact will unfold over the next few years. The positive developments that took place in the Indian medical devices industry in the year 2022 are just a few months ago, the government announced an extension of the Production Linked Incentive (PLI) Scheme, announced financial assistance to four med tech parks in Himachal Pradesh, Uttar Pradesh, Madhya Pradesh and Tamil Naidu; announced creation of a revamped Medical Devices Promotion Council under Department of Pharmaceuticals, then a Medical Devices Exports Promotion Council to be located at Uttar Pradesh’s Medtech Park and rescheduled the roll out of the Medical Devices Regulations to April 2023 and the starting of the registration and regulatory process for resellers of medical devices and the launch of Indian Certification of Medical Devices (ICMED) Plus Product Certification for medical devices.

In addition, the Parliamentary Committee on Health came out with a set of recommendations to create a separate law and regulatory framework for medical devices and various steps the government may consider to address the 80 per cent import dependence. We are also delighted that the union government has also consulted stakeholders in drafting a medical devices policy and look forward to its announcement.

In addition to the steps taken by government to encourage the manufacturing of medical devices, the Parliamentary Committee has suggested, the government needs to make the manufacturing of medical devices in India to be a viable proposition as done for the consumer electronics and mobile phone industry by reviewing and consulting stakeholders for a predictable tariff protection policy and for protecting ethical marketing with a cap on MRP or trade margins.

In September 2022, the government of India set up the Exports Promotion Council for Medical Devices. What impact will it have on the medical devices sector for years to come?

It's great news, a big boost to Indian Medical Devices Manufacturing. The long-sought and requested Medical Devices Exports Promotion Council is finally sanctioned to be created under the aegis of Department of Pharmaceuticals. This strategic step will go a long way in accelerating the exports and manufacturing growth of the medical devices sector.

The Exports Promotion Council for Medical Devices will help bring in coordinated inter-ministerial policy measures for unleashing the huge export potential and investment potential of over Rs 80,000 crore for manufacturing medical devices for the global market in India’s quest to be one of the top five preferred supplier base of medical devices worldwide and we are thankful to the Minister of Commerce and Industry in taking this initiative to help realise our Prime Minister’s vision.

We are more than hopeful and positive that the government will act upon the request of the Indian Medical Device Industry for a Separate Department of Medical Devices. This key strategic need has also been recommended by the Parliamentary Committee on Health.

India remains 80 per cent import dependent on medical devices. The Department of Pharmaceuticals and the Ministry of Chemicals & Fertilisers have so far had limited success to carry out the mandate given to them to boost the manufacturing of medical devices and address the 70 to 80 per cent import dependency and have limited expertise of this industry as the high precision device industry has very little synergy with chemical and fertilisers industry.

The 2022 Budget was a great disappointment according to you as there was not much scope to boost domestic manufacturing. Have things changed over the months?

The Indian Medical Devices Industry had been hoping that the 2022 budget will be a Make in India push budget for an Atmanirbhar Bharat and though the Finance Minister highlighted the need to support the manufacturing sector, we were disheartened not to notice any changes in customs duty as done for other sectors. The only positive announcement was on public procurement by allowing 75 per cent prompt payments and bringing in a weighted price preference on account of quality which is especially critical in healthcare-related medical devices.

Supporting policies are needed so that Indian Medical Devices Industry can make quality healthcare accessible and affordable for the common masses, aim to place India among the top five medical devices manufacturing hubs worldwide and help end the 80-85 per cent import dependence forced upon us and an ever-increasing import bill of over Rs 46,000 crore.

Yes, things are moving in the right direction. The Government of India has taken steps to ensure the growth of a vibrant ecosystem of medical device manufacturing. We also appreciate the collaborative efforts of the government in approving the much-needed schemes and policies for the promotion of the domestic manufacturing of medical devices in the country.

As mentioned above, the Exports Promotion Council for Medical Devices is a big boost to the Indian Medical Devices Industry. We are delighted that the union government has also finally come out with a Medical Devices Policy. This was long awaited. Amended medical device rules and other related initiatives such as PLI schemes and the provision for medical device parks with an eye on shoring up domestic manufacturing.

The Indian medical devices industry has the potential to reach $50 billion by 2030.

How are the current regulatory challenges posing a threat to the medical devices sector? How do you plan to overcome these challenges?

The COVID-19-led global crisis has put the spotlight on medical devices in India as never before.

The government relied heavily on Indian manufacturers to meet the rising demand for essential healthcare equipment for the country, pushing the Indian medical devices sector to be Atmanirbhar. The COVID-19 pandemic has reiterated the need to strengthen the medical devices sector with a separate regulatory framework for medical devices, otherwise, handling a crisis of such ferocity and magnitude will continue to be a challenge even in the future.

India needs a separate simple, implementable regulation for Medical Devices if the 'Make in India' of medical devices is to be encouraged and if the government is keen to address the ongoing 80 per cent import dependence. The law needs to be initially 'civil' in nature as is a case of Food Safety and Standards Authority of India (FSSAI) regulations or under recent modern International Medical Device Regulations as done by Canada, Singapore etc. which no more seeks imprisonment for offences and most shortcoming/errors do not treat licensed manufacturers as a criminal as making these devices are as an engineering product and not like making pharmaceutical medicines.

Medical devices are not drugs and in the past, a few of them have been attempted to be incorrectly regulated as drugs under Drug Rules and Drugs Act until 2017 when Medical Devices Rules were introduced that recognised the need for separate Regulatory Controls but even these Rules were put under the antiquated Drugs Act.

As we needed to have a separate FSSAI law for food products from drugs because of these fundamental differences, similarly, we need to have a separate law to regulate engineering products like medical devices which are diverse ranging from low-risk stretchers or wheelchairs or spectacles to higher risk thermometer or oximeter or syringe to yet higher risk device like a surgical blade or a needle with transient short term contact with blood and tissues or an even higher risk contact lens or catheter or an even higher risk implantable devices like an IntraOcular lens used in cataract surgery or a coronary stent or heart valve or an orthopaedic knee implant. The law needs to give a sense of direction to policymakers and rule makers and the enforcing regulators.

Regulations in India need to be layered to separate Role of the Legislature from those of a regulator and those of a supervising accreditation body to assist the regulator, including Third- Party Conformity Assessment Bodies who will Audit the Manufacturer in line with the principle of subsidiarity, with Key Policy principle - Minimum Government – Maximum Governance.