Innovations like targeted therapy and immunotherapy have revolutionised the treatment of multiple myeloma. 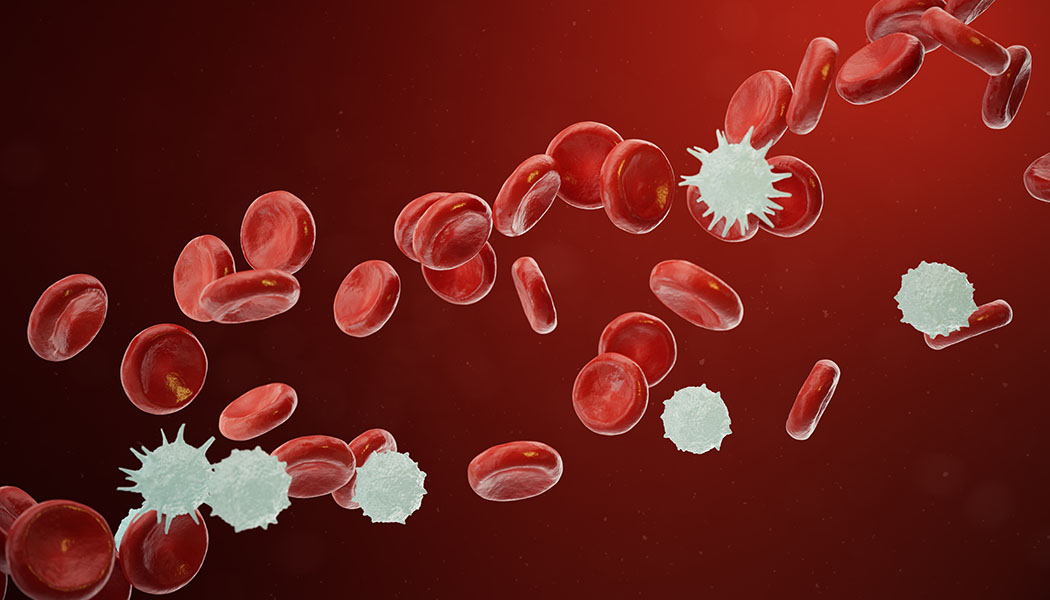 Multiple myeloma is a type of blood cancer that develops in the bone marrow. The bone marrow is home to various type of cells like red blood cells, neutrophils, lymphocytes, plasma cells and platelets. Plasma cells are a type of white blood cells that make antibodies to fight infections. When this circuit goes haywire, there will be an unregulated production of plasma cells. A cancerous or malignant plasma cell is called a myeloma cell. Myeloma is called “multiple” because there are frequently multiple patches or areas in bone where it grows.

There are about 2, 30,000 people living with myeloma worldwide, and 1, 14,250 new cases are diagnosed yearly. It is the 2nd most common blood cancer in the world. The age standardized rate for myeloma incidence in India is 0.7/1, 00,000 population amounting to about 6,800 new cases a year. Men are 1.5 times more likely than women to develop multiple myeloma. The disease is most frequently diagnosed in 65-74-year-olds, and it is twice as common in people of African descent. In India, the median age of onset of myeloma is 1-2 decades lower at 52-61 years.

Many factors have been implicated in the development of multiple myeloma Exposure to toxic chemicals, atomic radiation, anything that interferes with the immune system, or infection with cancer-causing viruses have all been implicated as causes or triggers of myeloma. Toxic chemicals that have been identified include: benzene, dioxins (such as those found in Agent Orange), agricultural chemicals (such as defoliants and pesticides), solvents, fuels, engine exhausts and cleansing materials. Myeloma can also be hereditary. First-degree relatives of people with myeloma have a higher risk of developing myeloma or its benign (non-cancerous) precursor, monoclonal gammopathy of undetermined significance (MGUS).

In 70% of patients, the most common symptoms of myeloma are back or bone pain. Patients with myeloma may also have low haemoglobin levels leading to excessive fatigue and difficulty in performing strenuous tasks. An often missed presenting feature of multiple myeloma is kidney dysfunction. Patients with unexplained kidney failure are often tested and found to have multiple myeloma. For an accurate diagnosis of myeloma, the patient may need to undergo a variety of tests, including blood tests, urine tests, imaging studies, bone marrow aspiration, or a core biopsy. With advances in diagnostics, genetic studies to detect chromosomal alterations are being done to determine the prognosis as well as guide the treatment of multiple myeloma. Newer imaging modalities like whole body PET-CT are being employed to exactly determine the sites of bone involvement. When myeloma is diagnosed, the stage of the disease varies from patient to patient. The most commonly used clinical staging system, the Durie-Salmon Staging System, demonstrates the correlation between the amount of myeloma and the damage it has caused, such as bone disease or anemia.

Innovations like targeted therapy and immunotherapy have revolutionised the treatment of multiple myeloma. Most patients these days, undergoing first line treatment for myeloma receive chemotherapy free regimens. In the past 15 years, nearly 10 new therapies have been approved in management of multiple myeloma. Most treatment protocols nowadays include 4 to 6 cycles of induction treatment followed by consolidation therapy with Autologous Bone Marrow Transplantation.

Radiation therapy also has an important role to play in the management of multiple myeloma. If the disease is confined to a single location, then radiation can be used as a primary treatment modality. Another commonly used indication for radiation therapy is treatment of painful bone lesions.

Autologous bone marrow transplant is a procedure in which, stem cells are removed from a person before the patient receives high-dose chemotherapy or radiation treatment. The stem cells are stored in a freezer. After high-dose chemotherapy or radiation treatments, the patient’s stems cells are put back into the body to make normal blood cells. This process is also called as stem cell rescue. With advances in supportive care and stream lining of treatment protocols, the mortality rates associated with this intensive procedure has been brought down to 1-2%.

Advances in therapeutics have transformed the management of multiple myeloma, turning this once deadly blood cancer into a chronic condition where multiple treatment options are available. Awareness, early diagnosis and appropriate treatment can help patients with multiple myeloma achieve nearly a 50 % long term survival.