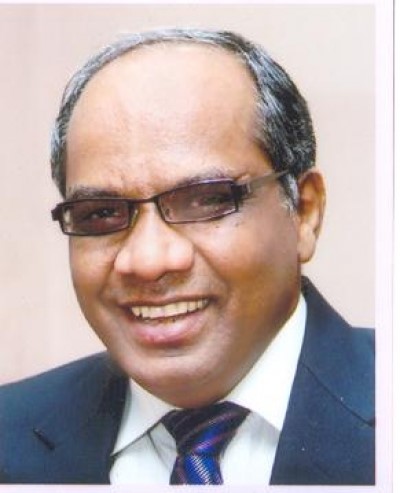 The extent of innovations through synthetic biology approaches include bioactive compounds, bio-molecules, biosensors, microbial cell factories, and redesign of existing biological networks. This field has emerged as an advancement of traditional biology to genetic engineering, cloning, genome engineering and now as synthetic biology. Synthetic Biology in microbial systems can generate microbial factories to produce drugs, vaccines, fuel components and other chemicals with diverse applications and many global companies are involved in this effort. The production of artemisinin, a powerful antimalarial drug, in yeast at a commercial level was highlighted as a model for the use of synthetic biology in pharmaceutical development reported by Paddon and Keasling in May 2014 issue Nature Reviews in Microbiology.

Marine sedentary animals have exclusive chemical defense systems which being harnessed offer the discovery of novel drug leads and biological. Marine Secondary Metabolites are organic compounds produced by microbes, sponges, seaweeds, and other marine organisms. The host marine organism biosynthesizes these compounds as non-primary and/or secondary metabolites to protect themselves and to maintain homeostasis in their environment. Some of these high-value metabolites offer avenues for developing cost-effective, safe and potential drug leads.
Conventional approaches for high-value metabolite production include complex extraction procedures to isolate bioactive metabolites from natural biological sources. But at times these methods are inefficient and preclude most of the high-value compounds.

Synthetic biology approaches (e.g. whole genome transfer) are used to explore putative biosynthetic pathways and to achieve over expression or production of marine natural products (Khalil and Collins 2010). Mining of sequenced genome has emerged as a powerful method to quickly access the genome-wide natural product biosynthetic capacity of diverse bacteria in order to guide the discovery of new chemical entities.

The discovery of genes involved in the synthetic pathways of these metabolites coupled with advances in synthetic biology tools, has allowed the construction of increasing numbers of microbial (e.g. yeast) cell factories for production of high-value metabolites from renewable biomass. Recent developments in Synthetic Biology approaches has further simplified and increased the scope of heterologous production of marine-derived natural products.Marine Synthetic Biology: Key Challenges in India

Bioremediation is one of the "Top 10 Biotechnologies to Improve Global Health" (Daar et al. 2002). Large amounts of toxic chemicals are released into the environment, either deliberately as in the application of pesticides, or accidentally as in the case of oil spills. A variety of microorganisms capable of efficiently degrading toxic compounds and xenobiotics in the environment have either been isolated or engineered. However, the actual application of such microorganisms in bioremediation has not progressed with the same momentum as their invention, or as other innovations in the biotechnology arena (Ezezika and Singer 2010). Since naturally occurring microorganisms are not capable of degrading all toxic chemicals, especially xenobiotics, genetically engineered microorganisms and genetic manipulation has advanced. However, there have been very few field trials for the use of genetically engineered microorganisms for bioremediation. The oil-eating microbe (superbug) created by Chakrabarty was a new beginning of engineered microbes in bioremediation. A series of genetically engineered microorganisms that have been designed but not applied in bioremediation, For example, Deinococcus radiodurans was the most radiation-resistant organism known, which was further engineered to degrade toluene Several factors may be associated with the failure of advancement from research to commercialization.
Bioremediation was already commonly used in clean-up of oil spills. Particularly Rhodococcus and Pseudomonas bacteria, among others, naturally consume and degrade many petroleum components into less toxic by-products. Using engineered microbes to degrade more recalcitrant chemicals such as dioxins, pesticides, or even radioactive compounds could save millions of dollars otherwise spent on excavating and trucking polluted soils to hazardous waste landfills. The most prominent approaches of bioremediation include use of microbes, plants and enzymatic remediation. All three approaches have been used with some success but are limited by various confounding factors. Halotolerant extremophiles are required to produce biosurfactants with high tolerance for the bioremediation of oil spills. Exploring the marine environment would yield novel halotolerant biosurfactants, but reports from the marine environment are scanty. It was found that the biosurfactant produced by marine actinobacteria was stable up to five percent NaCl (Kiran et al. 2010). Based on the available literature and expertise with Indian investigators, a new dimension was proposed to develop "smart bugs" on the synthetic biology platform. Smart bugs are newly coined term to reveal robustness of new synthetic microbes in Bioremediation under extreme environments. This would be new beginning of effective bioremediation under extreme environments after the break through in super bug created by Mr AM Chakrabarty.

While the emergence of the discipline of synthetic biology is motivated by steady increasing discoveries, its implication in marine biotechnology require reference database of marine genomes and transcriptomes.

Attainment of marine synthetic genomes is possible only when we will have a database of reference genomes representing hydothermal vents and other unique marine habitants. Then marine genome guided synthesis of synthetic genomes become sustainable resource for bioprospecting. The marine genome sequences could increase our understating of biosynthetic pathways and gene clusters which ultimately provide basic data for design, construction and synthesis of genomes, biological parts and systems.

The promotion and development of marine synthetic biology platforms are not strait forward, rather require an integrated approach in the beginning to explore marine genomes. Albeit this disciple by and large new to the scientific arena, this field now emerged as promising venture on the attainment of sustainable exploitation of marine living resources.