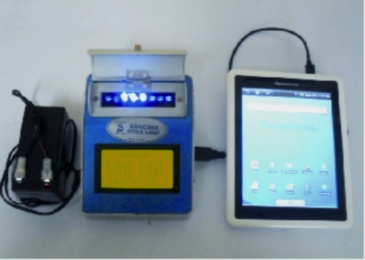 Sometimes, the best laid plans can turn awry, and this statement holds true especially in the biotech industry, where projects are abandoned due to a myriad of factors. Genomix Biotech too had plans to utilize a German technology to create point-of-care (POC) diagnostic device for detecting infectious diseases like malaria, which is a major public health problem in India, accounting for sizeable morbidity, mortality and economic loss. However, when the German company in question was overtaken by a multinational company, Genomix' s plans came to a halt.

Unlike others who would have given up, people at Genomix took it up as a challenge and developed a cutting-edge POC diagnostic with the help of DBT's Small Business Innovation Research Initiative (SBIRI) scheme.

Talking about this journey Dr Rathnagiri Polavarapu, president and CEO, Genomix Biotech says, "The DBT financing, a combination of Rs 32 lakh as grant and Rs 29 lakh in the form of loan and Rs 8 lakh as grant-in-aid for academic centers, was sanctioned in 2009 to bring the German technology and later manufacture it in India. We never thought we would have to do the engineering aspect of it ourselves, but due to the change in circumstances we took it up as a challenge and developed a totally indigenous instrument."

For diagnosis of the disease, DNA is first isolated from the blood sample provided by the patient using a simple kit developed by Genomix. Next, the sample is fed into the instrument, which uses the technique of loop-mediated isothermal amplification (LAMP) or polymerase chain reaction (PCR), carried out at a single temperature to amplify the sample DNA.

The team has designed the instrument for the LAMP assay such that it can be used as a standalone in resource limited areas. Genomix developed the malarial genus and species specific primers that bind to the malarial DNA in the sample, if present, and emit a fluorescent signal that is detected by the instrument itself.

An interesting feature is that the instrument can be integrated with bluetooth and can be operated by a cell phone or an android device where the data can be visualized and operated.

Dr Polavarapu says that the final instrument will not be priced more than Rs 50,000, with each test costing between Rs 5-10. The price of the instrument can be reduced further if a cheaper alternative to a smart phone can be developed, which currently accounts for one-fifth of the cost. The same instrument can be modified for diagnosing other infectious diseases.

Currently, Genomix is working on developing the device for Brucella detection. The instrument is now past the prototype stage and is all set to be used in the field. Dr Polavarapu hopes that the instrument can be marketed in India by mid 2013.

The going has not been easy, Dr Polavarapu says, "I used to physically go to the workshops to fabricate the instrument, and the whole experience was akin to working in a garage. But my dream is to send this instrument to my village and am happy that now we are close to the start of producing this instrument."

Dr Polavarapu concludes by adding, "Throughout this process, the government authorities have been very supportive."