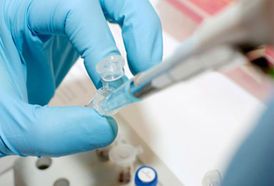 As per an industry source, the vaccine manufacturers were satisfied with the proceedings and outcome of meeting as the action started there and then.

For the purpose of charting out a new regulatory pathway for vaccines, the Central Drugs Standard Control Organization (CDSCO) has constituted three core working groups from within the industry. One each for strategy, technical operations and technical post approval each with its designated chairman and member secretary who will take the things forward in a time bound manner. The new initiative is an outcome of the interaction between the vaccine manufacturers and importers in the country with the Drug Controller General of India (DCGI) on January 15, 2015 at the FDA Bhawan, in New Delhi.

The meeting was convened to hold discussions on the current national and international scenarios in vaccine development and its regulations. The dialogue between regulator and industry on various issues, challenges, opportunities in respect of manufacturing of priority vaccines including import of vaccines and regulatory pathways i.e to promote a legal, regulatory and administrative framework for the safety of vaccines at national and international levels.

With a great potential to emerge as country's key industrial contributor, the vaccine businesses have not been fully able to evolve due to regulatory hiccups. With the takeover of the new government and Mr Modi's promise of making the business hassles free, the health ministry too is trying to streamline the regulations. India already is a major vaccine producer that has 12 major vaccine manufacturing facilities. These vaccines are used for the national and international market (150 countries), which makes India a major vaccine supplier across the globe. In 2012, India had seven vaccine manufacturers producing 67 prequalified vaccines (dosage forms). Currently 16 vaccines are prequalified by WHO and exported through United Nations agencies. More than 70 percent of all measles vaccines used globally are produced in India.

Talking about the meeting, Mr R K Suri, Chief Executive-Biologicals, Panacea Biotec, mentioned, "It was indeed a new chapter on the anvil in the Indian regulatory space where the regulatory team under the able leadership of the DCGI, Dr GN Singh was clearly eager to translate the vision of our prime minister, Mr Narendra Modi to take India on the leadership level in the Vaccine map of the world in next 5-6 years."

The agenda of the interaction as per a source, was centred around the theme of 'Growth Trajectory Indian Vaccine Industry' to take India into leadership position in the global vaccine market and bring about changes in the regulatory system as are required for achievement of this goal.. On the other hand the industry also fully responded unanimously to take the challenge and put forward some of the key challenges being faced and the changes that are required e.g. shortening of long regulatory process time lines and involvement of several agencies in the process which causes unwarranted delays and confusion and therefore requested for a single window concept among others.

Apart from welcome remarks from Dr GN Singh, there was a SWOT (strength, weakness, opportunities and threats) analysis by the deputy drug controller, Dr A Ramakrishnan. The time slots were kept for the manufacturers and importers separately to highlight the challenges in their respective domains. Earlier in his New Year greetings message too, the DCGI had hinted at major revamps. Dr Singh had remarked, "2015 would be the year for streamlining of regulatory procedures without compromising patient safety."

As per an industry source, the vaccine manufacturers were satisfied with the proceedings and outcome of meeting as the action started there and then. The regulatory team was very much willing to shed the age old rules governing the system and embrace the new culture.

There has to be the mix of stringent regulations yet a business friendly environment thinks Mr RK Suri, chief executive-biologicals, Panacea Biotec. " The regulatory team is ready to embrace the new culture to become fully responsive to industry needs to be globally competitive and forge India ahead in the world vaccine market, of course, without compromising on the fundamentals of safety, efficacy and quality. In fact the DCGI was amply clear that stringent actions will be taken against defaulters," he added further.

Expressing his high hopes, Mr Sai D Prasad, president - quality operations, Bharat Biotech, opined, "The industry is optimistic that this bold initiative by the DCGI will improve the quality, and safety of vaccines manufactured and sold in India. It was designed to capture all the issues and areas of concern from vaccine manufacturers and vaccine importers alike."

While the manufacturers go through hiccups, the importers too have to face many issues including taxes and transportation. In case of imported products, these are considered on a case-by case basis; if trials meet the requirements of the National Regulatory Authority (NRA), there is no insistence on clinical trials in the country for registration. The advisory committee that review the information follow published guidelines, directed by a responsible person. External clinical experts may be asked for advice on a case-by-case basis. After licensing, the vaccine manufacturer should undertake a large post-marketing surveillance (Phase IV) to further ensure the safety of their products. Any complaint regarding the safety, efficacy, etc of the licensed vaccine should be directed to NRA. Once the vaccine is licensed in the country, it can be used both by the private as well as the public sector. Generally, all the vaccines recommended by Indian Academy of Paediatrics-Committee on Immunization (IAP-COI) are approved by World Health Organization (WHO).

Among the host of challenges that face the industry, the most important ones are long timelines, delays, several agencies being involved and lack of harmonization with international regulatory agencies etc. However, the new initiatives and new strategic approach by the regulator makes the builds the industry's confidence that it will be able to bring about positive changes to enable India emerges as a leader in global vaccine industry.