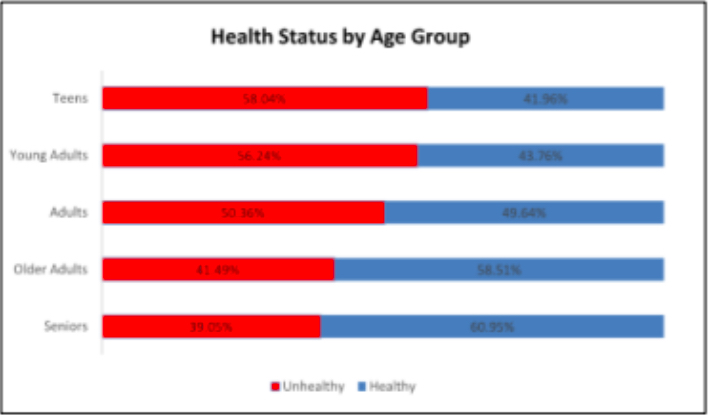 GOQii has unveiled the seventh edition of India Fit Report, as a result of a yearlong study of 5 million GOQii users. As per the health risk assessment (HRA) score, 50.42 per cent of Indians are either in the ‘high risk’ or ‘borderline’ category. This is a massive 12 per cent improvement from last year’s ﬁgures where 62 per cent Indians fell into the ‘unhealthy’ category.

Speaking about the study, Vishal Gondal, Founder & CEO, GOQii said, “We are happy to see massive improvement in health scores, underscoring the proclivity towards building health and fitness.”

Surat, Jaipur and Patna are the top three healthiest cities in India respectively as revealed by the survey whereas Lucknow, Kolkata and Chennai are the unhealthiest.

13.67 per cent of GOQii users reported high cholesterol, a ﬁgure that has remained stable for the past two years. On the other hand, only 4.03 per cent mentioned they had heart issues which is a major decrease from 8.6 per cent in 2019.

15 per cent of people of GOQii users have reported high blood pressure in 2020 in comparison to 13.4 per cent in 2019. Interestingly, blood pressure cases among older adults at 30.8 per cent are just triple of those in adults.

The report also revealed that stress levels remained high throughout the year. 45 per cent are currently plagued with depression.