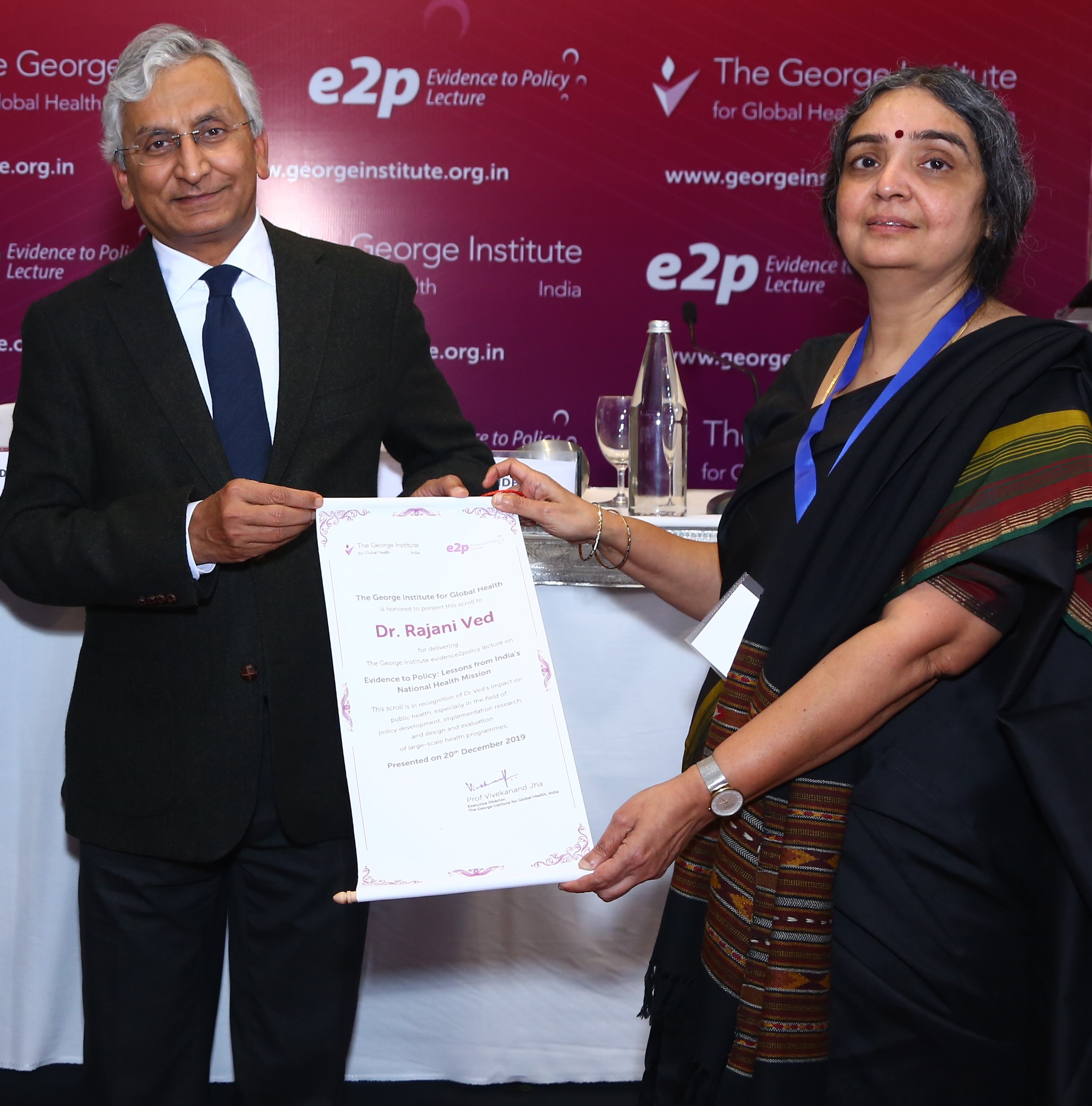 There is a need to embed evidence generation processes into the policy cycle and leverage increased use of evaluation at political levels. This involves building the capacity of researchers to convert information into data and knowledge that can be used and increasing their ability to synthesize various sources of knowledge into policy-usable matters.

Delivering the George Institute India’s annual evidence2policy lecture on the topic: Evidence to Policy – Lessons learnt from the National Health Mission”, Dr Rajani Ved, Executive Director of the National Health Systems Resource Centre (NHSRC) said that there was an urgent need to build capacity to bridge the know-do gap and the commissioning of evidence should be done by those who implement the evidence.

She said it was critical to building the capacity of researchers to do rapid evidence synthesis and systematic reviews as it will ensure that timely and opportune evidence is available to the policymakers and highlight the role of context in the introduction, interpretation, and application of evidence.

Dr. Randeep Guleria, director of the All India Institute of Medical Sciences, who was the Chief Guest on the occasion said that the burden of the disease has changed from communicable to non-communicable diseases and the way to manage them has also changed from being curative to being investigative.  This is where he said the role of evidence comes in.

In his opening remarks, Prof Vivekanand Jha, Director of the George Institute India said, “The annual evidence2policy lecture series was a very important initiative from TGI to build the crucial gap between research and evidence. The George Institute India, he said is committed to knowledge translation and make evidence available to policymakers.”

The panelists talked about the availability or non-availability of evidence on various health issues, especially at the level of primary health care. Translating evidence into policy requires a broader understanding of health systems, how to integrate community health with larger health policy, an understanding of how NCD implementation in health systems is different and how capacities for using data and evidence for policy-making need to be built. There was also a thrust on the democratization of health systems.