CII with S-ILF to support people affected by leprosy

Madhya Pradesh, Bihar, Andhra Pradesh, Maharashtra and Tamil Nadu are the five states to benefit the most from S-ILF programme 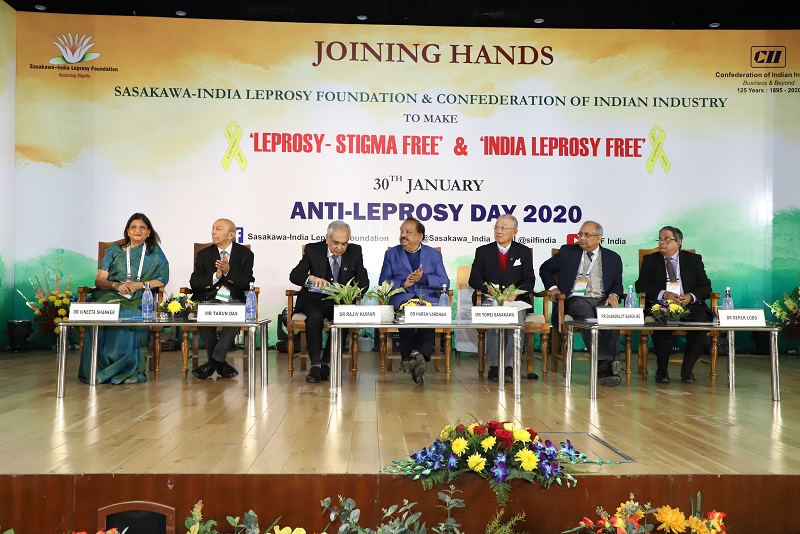 On this occasion, S-ILF shared details of the outcomes of its livelihood and education program in India which has achieved meaningful results for both persons affected by leprosy & their children.

As a result of S-ILF’s continuous efforts in providing assistance to the socially discriminated population, 2,230 persons affected by leprosy and their families have found livelihood of their preference. The top states which have benefited from this intervention are MP and Bihar where the numbers of assisted beneficiaries are 340 and 270, respectively. Also, as part of enabling lives of dignity and social acceptance, S-ILF has successfully implemented and rolled-out its education programme for the children of persons affected by leprosy. This has so far helped benefit 1,5070 plus children of across 15 states.

As far as job preferences are concerned; retail, livestock, and farming are the top three professions of choice of persons cured by leprosy in India. In the states of Andhra Pradesh and Telangana, 37.5% of the leprosy cured patients took farming as their most preferred occupation as they had access to land donated years ago by some trust. In Chhattisgarh, 26% preferred livestock as their most preferred profession.

Speaking on the occasion, Dr. Harsh Vardhan said, “It gives me great happiness to be a part of this noble cause especially on the death anniversary of the Father of our Nation, who dedicated his life to the eradication of leprosy. S-ILF is doing great work with these patients and I, myself, today volunteer to work with these patients to better their health and help remove the stigma and discrimination that revolves around the disease and the patients. I have already written a letter to the Hon’ble Prime Minister, Mr Narendra Modi for the abolishment of the more than 100 discriminatory laws and I assure the patients and the foundation that these laws will be completely eradicated in the very near future. Our government is invested in making the lives of the people better in all ways and the abolishment of these laws is one of the biggest supports we can provide to people affected with leprosy.  I consider this initiative to be very important and believe that Mr Sasakawa’s book on his journey will serve as a motivation and inspiration to the many youth, who want to work towards the betterment of the society.”

On the occasion, Chandrajit Banerjee, Director General, CII, said, “We are happy to join hands with Sasakawa-India Leprosy Foundation to support this great cause. CII is committed to leverage its touchpoints in the industry fraternity and work towards sensitizing and educating shop level workforce on the issue. CII will also work towards integrating the youth impacted and affected by leprosy into CII skilling programs to make them employable and financially independent. I am confident that our joint efforts will help bring awareness and acceptance in the society and would further reduce the prevalent discrimination faced by persons affected by leprosy and their families.’’