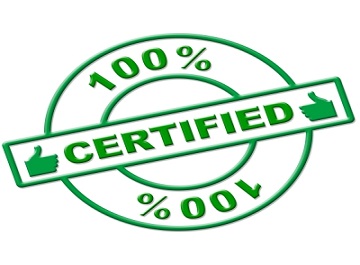 Medtronic announced the US Food and Drug Administration (US FDA) approval of Medtronic Deep Brain Stimulation (DBS) Therapy for use in people with Parkinson's disease of at least four years duration and with recent onset of motor complications, or motor complications of longer-standing duration that are not adequately controlled with medication.

Motor complications caused by the disease and/or as a side effect of levodopa result in great social and psychological disability. Interference with activities of daily living is often severe and the cost of treatment and care increases along with deterioration of quality of life for patients and their caregivers. Thirty-seven percent of people with Parkinson's retire earlier than those without the disease, retiring an average of six years earlier because of the disease. The economic impact of Parkinson's disease is at least $14.4 billion a year in the United States and it is estimated that the prevalence of the disease will more than double in the United States by the year 2040.

"Parkinson's disease is progressive, and as a result a patient's quality of life will deteriorate over time. This approval is important because it expands the therapeutic window when patients can benefit from DBS," said Dr Lothar Krinke,vice president and general manager of the Brain Modulation business, which is part of the Restorative Therapies Group at Medtronic. "Medtronic's goal is to advance medical care and deliver the best possible patient outcomes. DBS is proven to provide long-term benefits and it can now be used sooner in the care continuum, giving patients with recent onset motor complications another option to maintain or restore quality of life."

Impaired motor complications are associated with decreased quality of life, and the impact is similar for patients with recent onset or longer-standing motor complications. In the EARLYSTIM study, 85 percent of patients who received DBS along with BMT had a clinically meaningful improvement compared to only 36 percent in the BMT alone group over 24 months. Thirty percent of patients that remained on BMT alone got worse over 24 months compared to only two percent in the DBS group. The study also found a 61 percent improvement in levodopa-induced complications, including dyskinesias and motor fluctuations, in participants receiving Medtronic DBS therapy at two years, compared to a 13 percent worsening in those only receiving BMT. Additionally, a long-term study of people with advanced Parkinson's disease who received DBS therapy show benefits at 10 years, despite potential surgical and device-related complications.