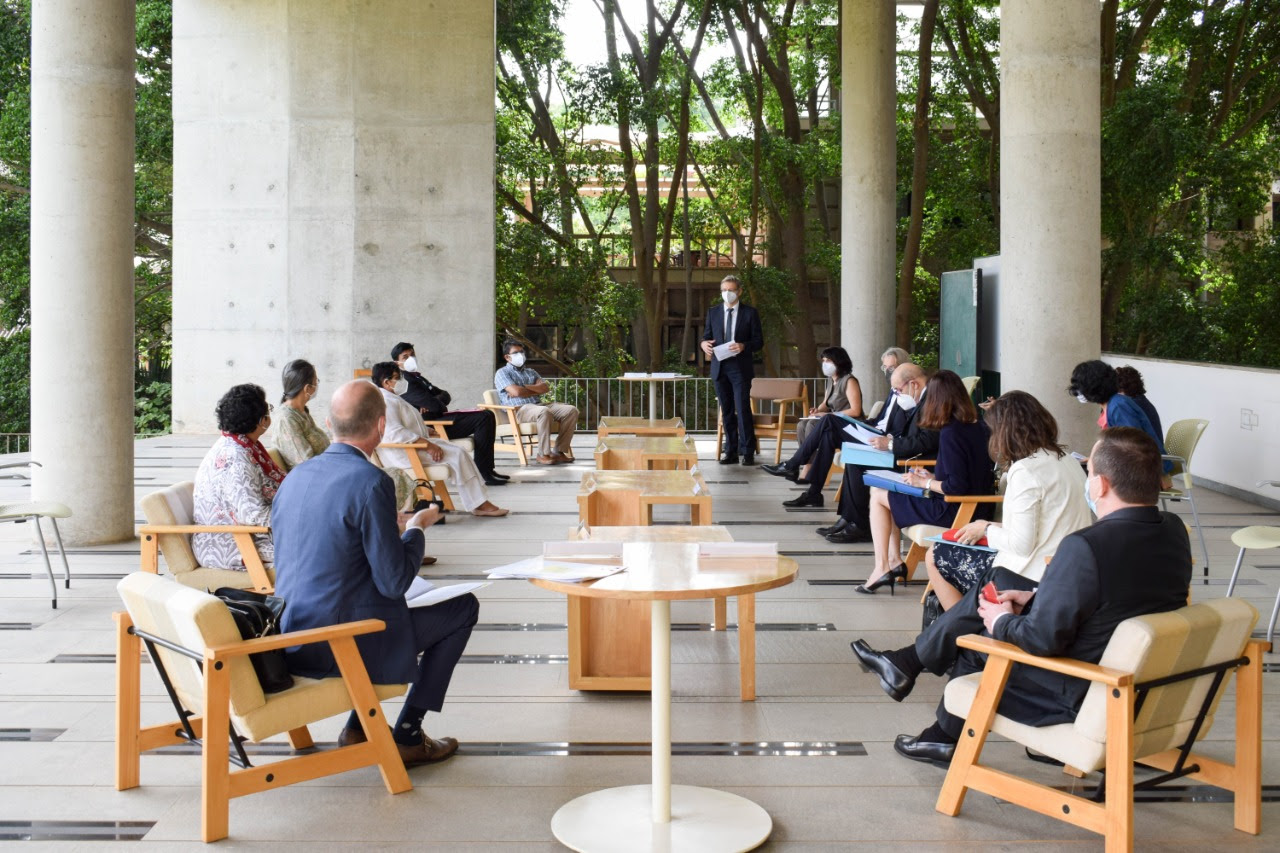 Bangalore Life Science Cluster (BLiSC) welcomed Jean-Yves Le Drian, French Minister of Europe and Foreign Affairs to its campus. The minister made it a point to visit the Cluster for talks with the directors and CEO of NCBS, inStem, and C-CAMP respectively. The delegation made its way to the campus on April 15, 2021, for discussions focused on strengthening Indo-French scientific collaborations in bio-health.

Prof Apurva Sarin, Director, DBT-inStem, said, “Science is a shared endeavour, and the many collaborations between the Bangalore Life Science Cluster with laboratories in France are now poised to expand their footprint and build longer-term sustainable partnerships, involving both industry and academia in our countries.”

A discussion of Indo-French efforts was led by the Minister, focusing on the combined research activities of industry and academic partners on campus. At the forefront of the discussion were key questions on how to improve scientific cooperation between Cluster scientists and French organisations as well as preparedness to jointly tackle future epidemics.

A more in-depth discussion between representatives of French companies and Cluster scientists followed this meeting. Dr Taslimarif Saiyed, CEO of C-CAMP, and Prof Sarin led the discussion with Anil Mavila of Urgo, Dr Nita Roy of L’Oréal, and Dr Villoo Patell of Avesthagen. Dr Saiyed remarked, “With strong research capabilities backing us, this is the right time to build partnerships with a long-term view to answer societal problems. To this end, BLiSC provides the right mix of fundamental and translational research, along with innovation when joining hands with the French scientific community.”

The visit marks a burgeoning connection between BLiSC scientists and infrastructure with French academia and industry.