Rheumatoid Arthritis in the Elderly: Sufferers likely to die earlier 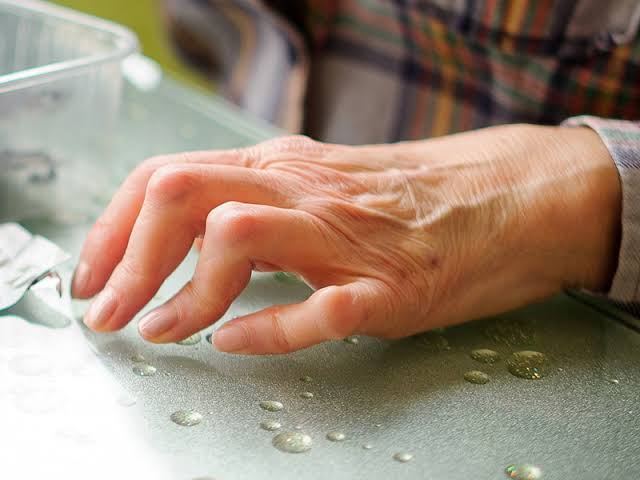 Rheumatoid arthritis (RA) is a long-term, progressive, and disabling autoimmune disease in which the body’s immune system mistakenly attacks the joints resulting in inflammation that causes the tissue that line the inside of joints to thicken. As a result of this thickening, swelling and pain in and around the joints occur. Inflammation, if unchecked, can damage cartilage -- an elastic tissue that covers the ends of bones in a joint, as well as the bones. Ultimately it can even lead to loss of cartilage.

RA usually affects the hands and feet first, but it can occur in any joint. It usually involves the same joints on both sides of the body. Common symptoms include stiff joints, especially upon getting up in the mornings or after sitting down for a while. Some people often experience fatigue and a general feeling of being unwell. pain, swelling, and stiffness in more than one joint. RA affects the joints of the feet, hand, elbows, wrists, ankles and knees.

It is also a systemic disease, which means it affects the whole body. For RA its often said , “ It’s a disease which hurt the joints and  kills the heart “. It occurs when a person's immune system mistakes the body's healthy tissues for foreign invaders. As the immune system responds, inflammation occurs in the target tissue or organ. In the case of RA, this can be the joints, lungs, eyes, and heart .

Rheumatoid arthritis (RA) affects about 0..90% of adult population in India. In women, it occurs earlier than in men. The disease has a genetic predisposition coupled with some extraneous factors. Large numbers of people visit doctors for treatment of this arthritis but what we see is just the tip of the iceberg because this arthritis is highly underreported.

As we age, the degeneration in joints of the body and the resulting joint pain is inevitable despite best efforts to keep them well oiled. One cannot avert it. But you can stop rheumatic arthritis from aging. And if you do not, it is going to be a double whammy in your old age. In India, according to many reports , people let rheumatoid arthritis go undiagnosed till it is too late. In old age, the mix of osteoarthritis and rheumatoid arthritis assumes very painful proportions.

We can well avoid this terrible prospect of double whammy in old age, provided we get rheumatoid arthritis diagnosed earlier. People resort to self-medication to alleviate the pain, unmindful that the disease remains. People let it go undiagnosed for years together and consult a doctor only when pain becomes unbearable and fingers of hands and knee get badly deformed. It is a real nightmarish prospect . It is advisable to get checked by a qualified physician at a very early stage. It can be diagnosed by few very simple blood tests.

If the pain and inflammation in small joints is persisting for a few weeks and if it is associated with morning stiffness lasting over 45 minutes to 1 hour, the probability is that the patient has rheumatoid arthritis. Though rheumatoid arthritis is not curable, but it can be effectively controlled and managed like any other chronic disease, diabetes for instance. It is advisable not resort to regular pain killers for relief. There are specific medicines to manage rheumatoid arthritis. But if the disease is left unattended then the treatment gets increasingly difficult, so the right way is to get the treatment is when the disease is young.

For patients of rheumatoid arthritis, temptation of cure is very high and that is where most people err. They turn to all forms of conventional and non-conventional treatments and this temptation has been found to be a reason for worsening of the disease in many patients. Sometimes patients who visit for treatment ignore follow up for multiple reasons, and when disease worsens, they finally return for treatment. Regular follow up is also a must for limiting dose of medicine.

The predicted life expectancy of a patient diagnosed with RA is problematic to accurately calculate due to the vast amount of unpredictable variables involved. As a chronic disease, RA tends to be progressive. In other words, it is a long-term disease in which symptoms tend to accumulate over time. This accumulation results in an overall worsening of the patient’s symptoms. Presently, doctors do not know what causes nor triggers the disease. Because it is likely initiated by a combination of factors , there is also no definite cure for RA. Today’s medical technology and research, however, provide a variety of treatment options, which can prolong the lives of patients, slow the progression of disease, and provide some symptom relief.

What research has found is that it isn’t the disease itself which reduces the life expectancy of patients. It’s the varying complications that develop as a result of the disease which cause life expectancy to shorten. For example, RA can cause respiratory and cardiovascular conditions which can compound over time and lead to a shortened lifespan and possibly eventual fatality.This is different than saying that RA itself causes a premature death. The complications that develop (hardened or blocked heart arteries, lung scarring, blood cancers, etc.) as a result of an aggressive RA disease course are what put patients at a greater risk for a lower life expectancy. An exact life expectancy is almost impossible to predict due to the varying nature of the disease. In general, patients can expect that the rheumatoid arthritis life expectancy could be shortened by roughly 10 years to as many as 15 years. This is dependent on a number of factors including but not limited to, Gender,Age,Personal and family medical history,Lifestyle (past and present), Overall levels of health and wellbeing etc.

Women are almost three times more likely to develop RA as men are. Symptoms seen in women are also typically more severe. To add insult to injury, the disease course for women can also be more progressive and can potentially involve more systemic complications.

Early treatment greatly improves the prognosis of RA patients. If treatment begins before symptoms cause too much damage, patients can generally go on to live a better (maybe even almost normal) quality of life.

Ongoing treatment and monitoring can help doctors to provide the most appropriate and personalized care for their patients. Each patient will experience a different set of symptoms over their lifetime. Doctors look for warning signs of other complications associated with RA and work to either prevent them or treat them as they develop.

The main goal of treatment is to reduce pain and improve quality of life. Many patients experience very effective treatment plans and continue to live their lives making appropriate lifestyle adjustments along the way.

Do not lose hope! Despite these study results, it’s also important to note that many RA patients live well into their 80s and 90s which is an average expected lifespan.