The Modi Ministry took charge in New Delhi on May 27 four years ago. In its election manifesto, Bharatiya Janata Party (BJP) government headed by Narendra Modi had clearly mentioned that it accords high priority to, which is crucial for securing the economy. It also noted that the overarching goal of healthcare would be to provide, ‘Health Assurance to all Indians and to reduce the out of pocket spending on health care’, with the help of state governments. The current situation calls for radical reforms in the healthcare system with regards to national healthcare programmes and delivery, medical education and training and financing of healthcare. 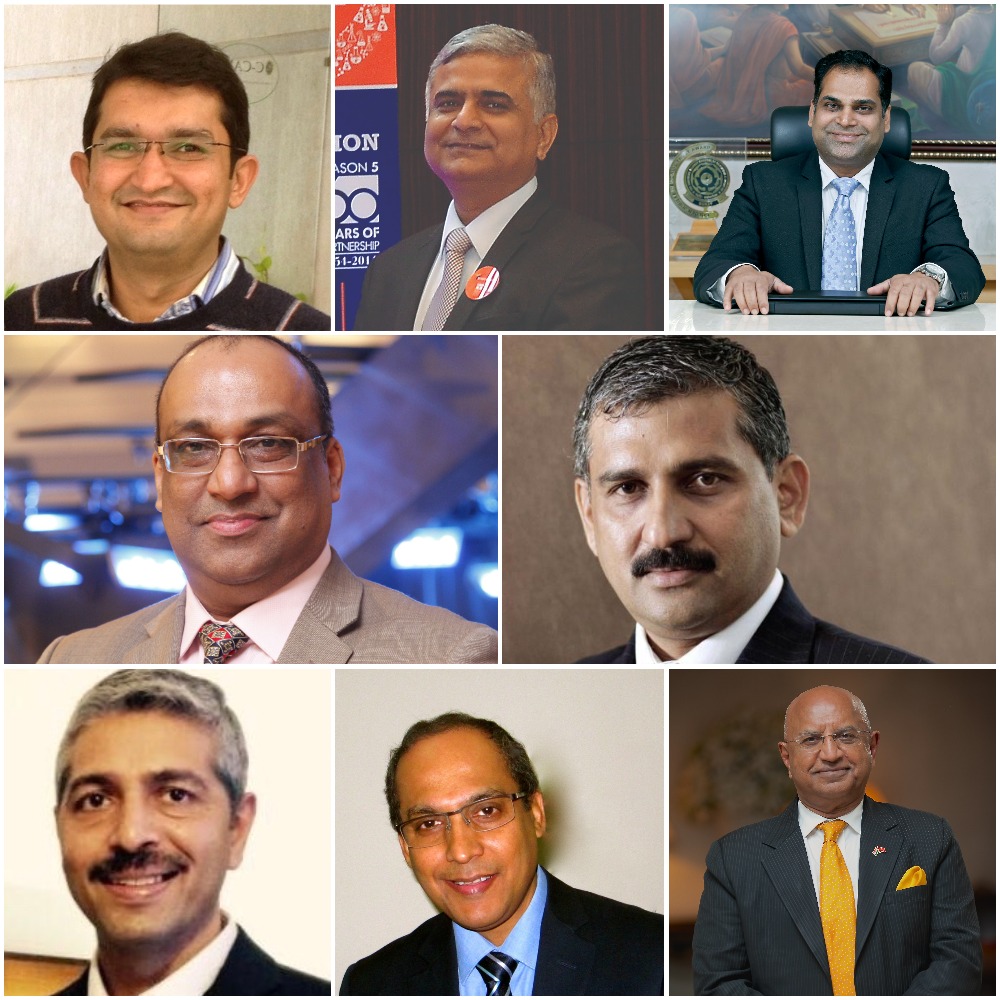 In the area of science and technology, the BJP observed that India has been a knowledge economy and a leader from the ancient times. India now needs policies and programmes to reclaim its global leadership position in science and technology. It recognizes the need to create an ecosystem for fundamental research and innovation, keeping the objective of science with a human face in the service of the common man.

Science and technology has enormous potential to bridge the disparities between the urban and rural India, rich and poor. Scientific education and technology needs to be encouraged, promoted, practiced and leveraged with renewed vision and vigour. The BJP recognizes the central role of science and technology in raising the quality of life of the people of the country, particularly of the disadvantaged sections of society in creating wealth for all, in making India globally competitive, in utilizing natural resources in a sustainable manner, in protecting the environment and ensuring national security. It will also encourage and incentivize private sector investments - both domestic and foreign, in science and technology and in high-end research aimed towards innovation.

Now with completion of four years in office of Modi government, BioSpectrum spoke to the industry about the achievements of the government and what are the issues that still need the government’s attention.

India is a land full of opportunities for life sciences industry players. With favourable policy and programmes by the government, India is steadily becoming one of the leading destinations for high-end diagnostic services with tremendous capital investment. A country with a population of more than a billion people, affordable quality public healthcare is the need of the hour. And the present government is addressing the huge need- gap requirement in healthcare through massive healthcare programs catering to wider audience.

Sharing his views on the achievements of the government Ganesh Sabat, CEO, Sahajanand Medical Technologies says, “With new initiatives and campaign by Modi government, the Indian healthcare sector is growing at a much faster pace when compared with previous government. Thus, giving a clear signal that accessible and affordable healthcare is of prime importance for the government. With respect to medical device industry, 2017 had been a landmark year for the medical device companies. With stent and knee price cap, there has been steady growth in the Indian medical devices market with the market expected to touch $4.8 billion by 2019.”

Commenting on boosting up entrepreneurship in the last couple of years, Dr Taslimarif Saiyed, CEO & Director, C-CAMP says “During last years, there has been a major boost to entrepreneurship, which has also supported bioscience entrepreneurship leading to many innovation experiments in India, from innovators from various background. Also, there is slow but steady progress in regulatory approvals, especially for stem cell based products/ therapies. “

To boost the biotech industry in India, Debayan Ghosh, President & Founder, Epygen Biotech is of the opinion that , “the Modi government has laid down ‘National IPR policy’ processes to expedite Intellectual property rights (IPRs) filings, which is critical for the success of this sector. To open avenues, the government allowed 100 per cent FDI for Greenfield projects and 74 per cent for Brownfield projects. Amongst Fiscal Incentives, tax turnover limit has been increased from Rs 1 crore to Rs 2 crore, while new manufacturing companies have been given option to be taxed at 25 per cent + surcharge and also 100 per cent deduction of profits for 3 out of 5 years for startups.”

The new Guidelines on Similar Biologics announced by Central Drugs Standard Control Organization (CDSCO) addresses regulatory pathway regarding manufacturing process and safety, efficacy and quality aspects, bringing it up to global standards. This allows a reference biologic not marketed in India, to be licensed in any ICH country (i.e. EU, Japan, US, Canada and Switzerland).The guidelines advocates for phase 1 and post-marketing phase 4 studies while it also provides scenario when confirmatory clinical safety and efficacy studies can be waived.

Debayan Ghosh also points out “While Government aims to scale-up the number of startups in biotechnology sector to 2,000 over next few years, 5 new bio-clusters, 50 new Bio-incubators, 150 technology transfer offices and 20 Bio-connect offices are being set up in research institutes and universities across India. DBT agencies like BIRAC has launched BIPP and SEED funds for providing equity based support to enterprises through bio-incubators for scaling. “

Vishnu Bhat, Founder &Chairman, Blue Neem Medical Devices says “2017 was a watershed year/seminal moment for the Indian healthcare and Medical Devices industry. After an uphill battle for recognition, India’s medical device sector was greeted by a landmark announcement in the Union Budget 2017 with the passing of the Medical Devices Rules which was implemented from January 1, 2018. This is the first step in the transformation of the medical devices industry in India from being a largely non-regulated sector to setting the foundation for a growing sunrise sector. Moreover, a strong regulatory and governance framework is key to ensuring quality. This also ensures the growth of a local manufacturing industry which will help in lowering costs. “

With new regulation in place related to medical devices sector, Vishnu Bhat also adds “We are now beginning to see local businesses and startups gearing up to address the pent up demand. Even today over 75 per cent of the devices are being imported into the country. The markets are working towards reducing its dependence on imports as local manufacturing expands under the “Make In India” initiative. The expanding private sector will remain the main growth driver into 2018.”

The other achievement of the government is that the manufacturing space in the Indian medical devices sector is virgin territory and with the government’s push, there is a real opportunity for Indian companies. The government’s move to separate manufacturing of medical devices from drugs, from the regulatory perspective, will bring in a robust framework in ensuring quality while taking into consideration the nuances of devices. It will bring in better transparency and a level playing field for medical devices makers. “This will go a long way in building credibility for the industry, boost domestic growth and usher in greater foreign investment in the sector,” says Vishnu Bhat.

Pavan Choudary, Manging Director, Vygon India and Chairman & DG, Medical Technology Association of India (MTaI) highlights “BJP 2014 manifesto sets three goals for healthcare services- increase access, improving quality and lower cost. In this direction, one of the biggest achievements of this government is the launch of government’s e –Marketplace (GeM) for Central government purchases. GeM aims to enhance transparency, efficiency and speed in public procurement. It provides the tools of e-bidding, reverse e-auction and demand aggregation to facilitate the government users to achieve the best value for their money. GeM will also play a significant role in removing grafts in purchases as it is an e-purchase platform where one does not have to come in contact with the buyer.”

According to Pavan Choudary, the second big achievement comes in the launch of the ambitious Ayushman Bharat scheme. The implementation of Ayushman Bharat is a way of serving the underserved and unserved people in India. It is a great initiative and will provide the patient requiring allopathic healthcare some much required relief. However at the same time, it will be imperative for the government to ensure that the implementation of this scheme eliminates all biases and that the access to quality and affordable healthcare for patients is not compromised.

“One of the most important determinants of quality in the medical technology sector is Foreign Direct Investment (FDI). This government had the prudence to bring FDI in the medical devices on the automatic route. This notable move, by encouraging the relevant stakeholders made the FDI surge from an annual average of $63 million to $161 million in 2015 and to $439 million in 2016. This ascent continued in January-March 2017, however there has been a steep fall after that, perhaps due to some incoherent steps thereafter,” adds Pavan Choudary.

“There is long way to go to achieving success. There are many private players in the life sciences sector who are doing excellent work. The country needs more hospitals, innovative treatment, drug delivery methods, equipments and innovative doctor training programs. All of this would need the support and initiative from the large private healthcare system of the country. As the population of the urban middle class is high and growing; the need for mid-level hospitals is also ever expanding”, points out Dr Ashish Rawandale- MD Tejnaksh Healthcare.

The government has taken many steps to fulfil its schemes announced during the 2014 Lok Sabha elections. All these schemes are populistic in nature and not all are industry supportive like Drug Price Control Order (DPCO). But some of the measures like Ayushman Bharat Programme will go a long way in helping the industry to do as well in the days to come.

Areas where the country has done well-