Has undertaken several initiatives across the country, at a district level, to help people during the global pandemic 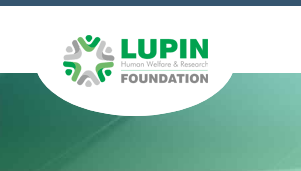 At a time when our country is fighting an unprecedented battle with Covid-19, Lupin Human Welfare and Research Foundation, the CSR arm of pharma company Lupin Limited, has undertaken several initiatives across the country, at a district level, to help people during the global pandemic. Right from coordinating with district administration and collectors, to providing food and other necessary items to the migrant workers, poor and homeless, the Lupin Foundation team has been working relentlessly.

To prevent the spread of the Covid-19 virus, the team is producing and distributing masks and hand sanitizers. Additionally, awareness generation is also being done through various means. The Foundation is closely working with another trinity of the government – The Collectors, Superintendent of Police (SPs) and Chief Medical Officers (CMOs) around the country, which has made their programme more effective and acceptable for resource mobilisation.

Through the efforts of Lupin Foundation, 11 districts in India were able to raise funds of INR 55,06,230, out of which INR 36,92,440 was raised by Lupin Foundation alone.

Lupin Foundation is helping in providing food not only to the people, but to the animals as well. The Foundation provided 12 qtl dry fodder & 3 qtl green fodder, 45 kg Bajara and Jowar grain to birds and 42 kg banana & 5 kg Chana to monkeys in the district.

The Foundation along with the District Collector are educating the people about the importance of Social Distancing and Washing Hands. They are also spreading mass awareness by distributing & pasting flexes & pamphlets

Manjari Foundation, an NGO in Dholpur, contributed Rs.51,000/- for the relief work o Lupin Foundation collaborated with Manjiri Foundation and started a community kitchen to serve food to the poor and needy

Matashree Gomati Devi Jan Seva Nidhi (An NGO part of Lupin Foundation) provided 50 umbrellas at all Police checkpoints to help them beat the heat while being on duty o Overall, the Foundation provided 1500 masks, 500 hand gloves and 600 sanitizers in the district

An amount of INR 5 lakh was donated by Lupin Ltd., Aurangabad to Dr. Bhagwat Karad, Rajya Sabha MP from Aurangabad. This donation is being utilised for food distribution to the poor and migrant labours through 9 food centres opened by him in Aurangabad feeding more than 3000 people daily. The food centre at his hospital is also providing food to 750 poor families in Samta Nagar slum area.

Lupin Foundation was able to raise funds of INR 3,73,600 in the district o COVID-19 Has Caused A Shortage Of Face Masks. A group of 10 women employed by the Foundation, have stitched 2600 masks and have a target of achieving 10,000 masks in order to help the rural communities

The field staff of Lupin Foundation along with their families are working all day, to stitch masks and distribute them free of cost

Lupin Foundation was able to raise funds of INR 1,61,000 in the district

Provided 5000 masks to PHC Police station and in the village

The district was able to raise funds of INR 60,000, out of which INR 50,000 was raised by Lupin Foundation alone

The district was able to raise funds of INR 8,775, out of which INR 3,675 was raised by Lupin Foundation alone

Provided sanitizers to the police department

The Foundation is providing N95 masks to Doctors

The Foundation provided 200 face masks and 50 sanitizers to the main police station at Bahadarabad, Haridwar

In the health center of the same region the Foundation donated 500 masks, 150 bottles of sanitizers and 300 gloves