The other side of Breast Cancer

According to a report by National Cancer Database, the mortality rate among men due to breast cancer is much higher than in women 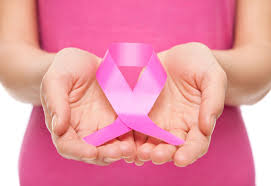 With more than 1 million breast cancer cases per year in India, it is evident that the disease is a growing epidemic among women in the country. Men, though a much lesser percentage, also fall prey to this majorly gender-biased disease. Since, women visit medical experts much more often in their life span for various health problems such as menstrual disorders, prenatal examinations, high- risk pregnancy complications, menopausal issues etc, they get examined by default resulting in the diagnosis of cancer at an earlier stage. According to a report by National Cancer Database, the mortality rate among men due to breast cancer is much higher than in women. Therefore, it is imperative to educate men about the risk reduction of breast cancer as it leads to screening and detection of early-stage breast cancer. As October is observed as Breast Cancer Awareness Month, knowledge-sharing about the subject can further help in increasing the awareness about prevention and early diagnosis of this disease among men.

Breast Cancer in males accounts for less than 1% of all cases in the country. The disease tends to occur at a slightly older age group in men (67 years and above) than in woman (61 years and above), although younger males might also be affected. The conditions that seem to be consistently associated with an elevated risk of male breast cancer are obesity and testicular disorders like cryptorchidism, mumps, orchitis, and testicular trauma. Drugs that cause hormonal imbalance, such as those used for the treatment of prostate cancer, may also increase the risk. In a lot of cases, the condition is directly associated with radiation to the chest wall and occupational exposure to radiation or electromagnetic fields.

Bloody nipple discharge may occur at a fairly early stage and is associated with malignancy in 75% of the cases. Compared with the female breast, changes in the nipple-areolar complex, seen as fixation, retraction, inversion and ulceration, occur with greater frequency in males as compared to females. Tumour characteristics related to advanced-stage (tumour size &gt; 2 cm and positive axillary lymph nodes) are more common in men. Invasive carcinoma of no special type (NST) is the most common and is identical to that occurring in the female breast. Positivity for estrogen receptors is reported in >90% of cases of breast cancer in men and for progesterone receptors in 80% of cases.

Genetic counselling is advised in patients with a strong family history of breast/ovarian carcinoma.

As you know, when a man is diagnosed with breast cancer, it not only puts them under immense stress due to the taboo attached to the subject but also massively impacts the emotions of his family and friends. Fighting breast cancer not only challenges the physical ability of the patients but also their mental health in the form of grief, hopelessness, depression and anxiety. Hence, it is vital that the community surrounding the affected men and the medical experts take care of them, both pathologically as well as emotionally. It is also essential for an initiative to ensure increased awareness about the disease and improved diagnostics.