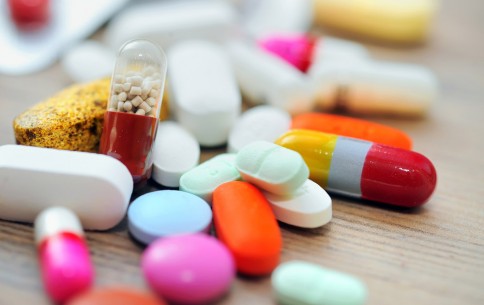 India's generics pharmaceutical industry got a major recognition and boost
recently when Gilead Sciences decided to licence manufacturing of its best
selling Hepatits C drug Sovladi to seven Indian companies. Sovaldi, approved
only last December, is already on track to be a blockbuster drug with sales
expected to cross $11 billion in its first year in the market.

Sovaldi became controversial when its 12-week course was priced at a whopping
$84,000 or about $1,000 (Rs 60,000) per tablet. With more than half the world's
Hepatitis infections reported from India and 90 other countries, generics companies here would have definitely sought compulsory licensing rights in the near future. So it was smart on the part of Gilead Sciences, based in California, USA, to licence production of Sovaldi to seven Indian companies - Ranbaxy Laboratories, Cipla, Cadila Healthcare, Hetero Drugs, Sequent Scientific and Mylan Laboratories.

Significantly, Gilead did not set any price for the products to be sold by these Indian companies not just in their home country but also in 91 other countries where they were allowed to sell the product. These companies are expected to start selling Sovaldi by mid-2015. In fact, Gilead expects these companies to set the benchmark for the generics version Sovaldi. Gilead will earn royalty on Sovaldi sales by these companies.

India's biotech company leaders are highly appreciative of this step by Sovaldi. It has increased the profile of Indian biogenerics makers and demonstrated their capabilities. This is certainly a welcome recognition for India's generic drug makers at a time when the quality of some of its products sold in global markets have been questioned by a US-Canada joint study.

In September, a study released by American Enterprise funded by Legatum Institute and the Human Research Council of Canada blasted the low quality of two antibiotics and two anti-TB drugs sold mostly in Africa by 14 Indian generics companies. The study authored by Dr Roger Bate, along with Dr Amir Attaran, Ms Ginger Zhe Jin and Ms Aparna Mathur has made considerable waves across the world. They studied more than 1,400 samples of these drugs collected from various parts of Africa. About 9 percent of these samples were found to have lower quality of the active ingredients than indicated. Thus these drugs would be less effective when administered to patients.

And only recently, Ranbaxy Laboratories and Sun Pharmaceuticals have faced US regulator's censure for the poor quality of drugs produced by these companies at some of their plants for supply in the US. As India's generics drug industry gains more global attention for their prowess, the scrutiny is also bound to increase proportionately. This is a warning sign Indian drug manufacturers should not ignore.

There is another interesting issue related to Sovaldi which indicates the highly unusual dynamics of the global drug markets for innovators. Any company which earns $11 billion with a new drug in the first year should be very happy. But analysts point out that Sovaldi's sales has already started to slow down below $3 billion in the third quarter from a high of $3.5 billion in the second quarter. Gilead's stocks have been hammered for this in the market.