Recently in the news for launching South Asia's First Medical Robotics Surgery System, SS Innovations was established in 2016 with the goal of providing an advanced, cost-effective surgical robotic system. Currently located in Gurugram, SSI has been founded by Dr Sudhir Srivastava who has made it his personal mission to find ways to improve accessibility to robotic surgical procedures through the union of clinical experience, patient outreach, and technology development. 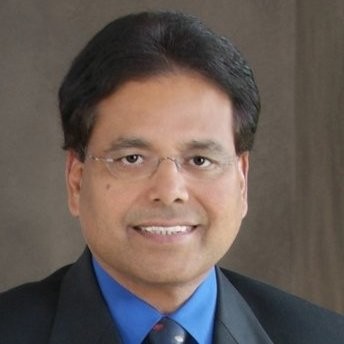 In conversation with Dr Sudhir Srivastava, CEO & Founder, SS Innovations to find out more about the technological advancements being offered by the company.

How SSI Mantra is planning to disrupt the healthcare industry in India?

Our vision for the future of robotic surgery in India is clear and we are implementing it by initiation, proliferation and transformation. Our first step is to transform the healthcare industry by increasing the number of robotic surgery systems installed in Indian hospitals, which is roughly 100 so far. This number is significantly less if we compare it with developed countries. More than 5700 robotic surgery systems exist globally, and approximately 93% of them are in three rich geographical areas such as the United States, Europe, and Japan.

A majority of the Indian population is deprived of this cutting-edge technology of robot-assisted surgery. The main reasons for this deprivation are expensive imported robotic surgery equipment and costly surgical procedures. Our focus is to revolutionize the robotic surgery segment and benefit the masses by transforming the present scenario.

In India, robotic surgery is still progressing at a slow pace. As mentioned earlier, the number of systems installed in India during the last 10-12 years is negligible. Robotic surgery is not reaching the masses. This is what needs to be changed and we are thoroughly committed to changing this scenario by manufacturing technologically advanced robotic surgery equipment in the country and selling our Mantra Surgical Robotic Systems at an affordable price. India is highly dependent on the import of medical equipment. Imports from developed countries meet nearly 80 percent of our demand for medical devices such as robotic surgical systems, cancer diagnostics, medical imaging, ultrasonic scans, and PCR technologies.

We want to transform India from an importer of sophisticated medical equipment to an exporter . It will bring dramatic and far-reaching changes in the present condition. To fund our fast-paced expansion program, we have already raised Rs 300 crore, and we are in the process of raising Rs 700 to Rs. 1000 crore more to establish world-class infrastructure support systems.

I thoroughly believe that one of the main reasons why modern healthcare technology is not accessible to all is its high cost. Robotic surgery has also been able to reach only the wealthy or upper-middle-class so far. At SS Innovations, our goal has always been to develop a world-class, efficient system that can be made available at a comparatively low cost so that it does not fall heavily on the patients' pockets. Therefore, we have priced the state-of-the-art Mantra Surgical Robotic System at Rs. 4-5 crores, which is one-third of the cost of the current dominant system. This will further keep the cost of procedures low and the annual maintenance contract will also be very economical. Thus, the Mantra Surgical Robotic Systems will be within reach of all large and small hospitals and this cutting-edge technology will benefit patients from all walks of life. Our goal for 2021 is to make these robotic surgery systems commercially available.

My vision is to extend the benefits of this revolutionary technique to those parts of the world where patients still don't have access to robotic surgery. I also hope that Indian medical colleges will install our Mantra Surgical Robotic Systems in their institutions and the way PG students graduate as trained laparoscopic surgeons; likewise, they will get trained in robot-assisted surgery.

Any plans for geographical expansion?

We have meticulously planned strategies for our next level of expansion. In India, the robot-assisted surgery market was around Rs. 700 crores in 2017, which is expected to proliferate to reach Rs. 2600 crores by 2024. This industry, which is witnessing growth with a CAGR of 19.8%, is clearly spreading its wings and preparing to take flight all over the country.

Robot-assisted surgery is not new in India; it got introduced in the mid-2000s, and its market began to take shape. Due to slow progress, India has very limited surgical robots. We will initiate sales in India and its neighbouring countries in the first phase. Considering the surgical benefits and cost-effectiveness, we are thoroughly assured that the Mantra Surgical Robotic System will comprehensively carve out a place in the market.

In 2021 our focus will primarily be on India and neighbouring countries, such as Bangladesh, Sri Lanka, Nepal, Bhutan. In the second phase, in 2022, we shall expand to Europe, America, China, Middle East, Africa, and some APAC countries.

What are the challenges facing the robotic surgery equipment market in India?

With the advent of robot-assisted surgery, a more advanced option is available to patients and surgeons. However, the high capital cost of such systems and a steep learning curve for surgeons act as major deterrents in its penetration in India.

The sophisticated equipment used in robotic surgery is expensive because of the research and development costs involved in manufacturing such innovative equipment. India imports these from other countries which translates into high consumer cost and import duties. Due to high costs only large hospitals can afford robotic surgery systems, limiting their spread. The surgical procedure also becomes expensive, due to which only a small number of patients would agree to get surgeries done utilizing the robotic system.

Another obstacle in the way of penetration of robot-assisted surgery is the lack of specialized robotic surgery training programs in India. Medical students enrolled in PG courses can learn laparoscopic surgery, but there is no provision to train them in robotic surgery. These are the primary reasons for the low adoption rate of robot-assisted surgeries in India, which inevitably affect the market for surgical robots.