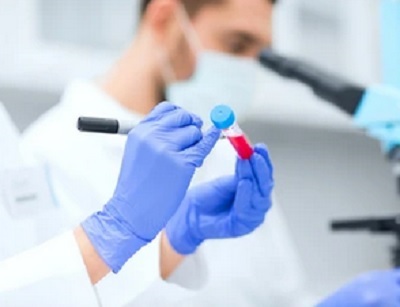 Ovarian cancer is the third most common gynaecological cancer in India and eighth worldwide, having the worst prognosis with a five-year survival rate of 45 per cent. About 70 per cent of ovarian cancers are of high-grade serous type. It has been estimated that one in 133 women was affected with ovarian cancer in 2020.

A majority of ovarian cancers occur due to changes in BRCA1/2 genes or the genes involved in the homologous recombination repair (HRR) pathway. HRR is an error-free DNA repair pathway important for cell survival after exposure to certain cellular stresses like radiation and anticancer agents. Loss-of-function of the genes involved in this pathway results in defective DNA repair and thus accumulates genomic errors. These defects in the HRR pathway leads to HR Deficiency (HRD) that results in the development of cancer. HRD is not only caused by defects in genes involved in the HRR pathway including BRCA1 and BRCA2 but mechanisms such as promoter methylation resulting in loss of gene expression and other unknown factors may be responsible.

Interestingly, about 50 per cent of women with high-grade serous ovarian cancer are known to be HR-deficient which imparts them the sensitivity to PARP inhibitors (PARPi) class of drugs. PARPi such as Olaparib alone or in combination has been approved by US FDA for the treatment of HR-deficient ovarian cancer based on their potential to significantly increase the overall survival. Therefore, determining HRD status in these women is clinically significant and will impart a direct treatment benefit to HRD positive patients.

In addition to ovarian cancer, HRD is also recognised as a cancer-causing phenomenon in certain other cancer types such as breast, prostate, and pancreatic cancers. Though the usage of PARP inhibitors is not approved in these cancer types, several clinical trials are ongoing. HRD status information in these cancers would provide valuable genomic insights to the clinicians for deciding an efficient treatment approach.

Finding out more about a cancer profile is a crucial step after diagnosis. Testing of certain biomarkers helps determine the type of cancer, survival and therapy information that could be beneficial to the patient treatment.

HRDTrack test is time-saving and directly benefit the patients who have been or not genetically tested before for BRCA1/2 gene mutations. In the reflex testing, BRCA1/2 status will be determined first in patients who have not been genetically tested before and if the report is negative, the HRDTrack test will follow to determine HRD status. Stand-alone HRDTrack provides treatment-oriented results in just 21 days, while the Reflex test takes 14+21 days. The shorter turnaround time compared to conventional testing that includes germline and somatic HRR gene testing before HRD test is significant in cancer disease management where time is precious.