Wondering what all the fuss about CRISPR is? 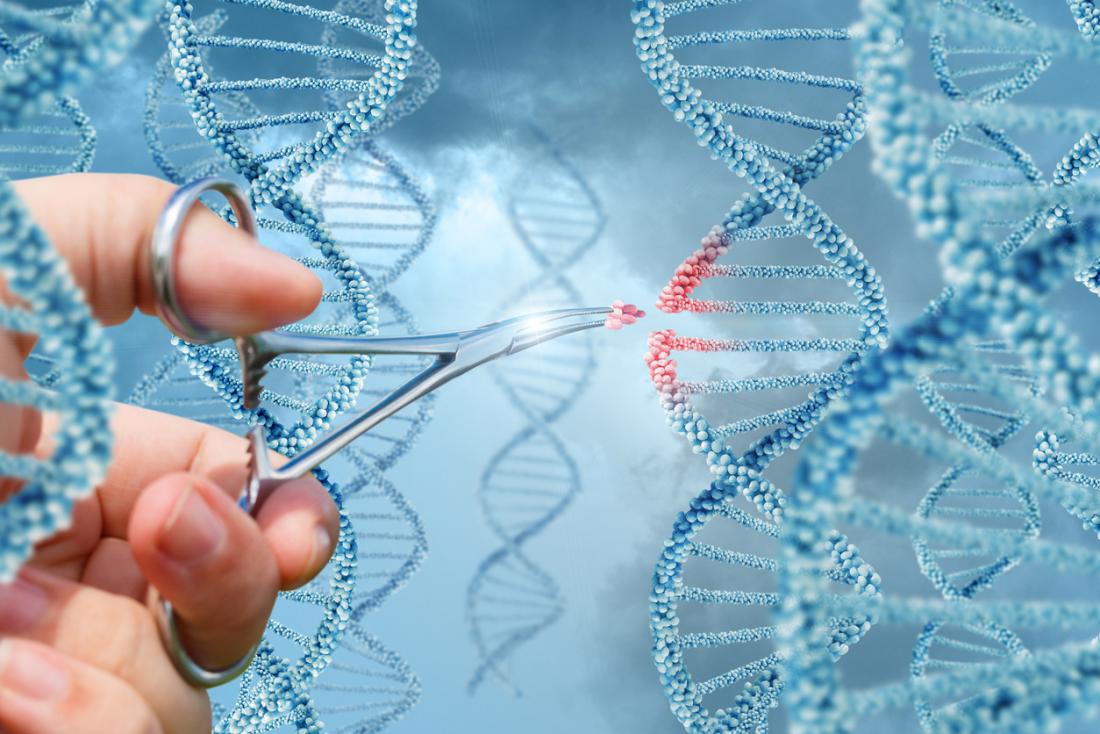 Gene editing is a method where a part of DNA is inserted, deleted, modified or even replaced. The ability to edit genes has helped study and understand their function better thus giving an insight into the underlying genetic causes of any disorder or malfunction in any organism.

As a result, researchers across the world are developing a number of ways to treat a genetic or acquired disease. Genes were previously edited using ZFNs (zinc-finger nucleases) and TALENs (transcription activator-like effector nucleases). These are engineered proteins and endonucleases used to rework the DNA.

But in 2012, research using CRISPR Cas9 to edit genomes resulted in a scientific breakthrough for the world of research. Clustered Regularly Interspaced Short Palindromic Repeats, also known as CRISPR is a region in the bacterial DNA that consists of short repeated DNA sequences.

This gRNA recognises the same sequence and acts as a binding scaffold for Cas 9 nuclease. Cas9 nuclease is an endonuclease that cuts the DNA at a specific site with the guidance of gRNA. Therefore, once Cas9 is bound to gRNA, it cuts the DNA at the specific nucleotide. This forms the CRISPR Cas9 system. The high specificity of Cas9 is the reason for this particular gene-editing method to gain popularity. Moreover, the gRNA can be designed and synthesised in-vitro thus making this technique more universal and customisable than any other gene-editing method.

One example is the use of CRISPR Cas9 system to bring about a universal therapeutic strategy for the genetic disorder Hemophilia A. Hemophilia A is caused due to a mutation in the gene coding for FVIII protein (FVIII gene) which is responsible for blood clotting. One major hurdle to develop a gene therapy was the sheer size of the FVIII gene. The gene is 186kb (186000 bp) in length with 26 exons and intervening introns. But, owing to the CRISPR technology, scientists have created a cDNA (complementary DNA that does not have any non-coding DNA) derived from the mRNA of FVIII gene by deleting a part of the exon 14 known as the B Domain Deleted FVIII (BDD-FVIII).

This cDNA was lighter and did not affect FVIII protein function. The BDD-FVIII seemed to be a success and a number of researches are being conducted to properly utilise this construct. What had once been a challenge was successfully overcome with the accuracy and ease of CRISPR Cas9 technique.

India does not fall behind in employing this technique. Scientists have started to utilise CRISPR for gene editing, therapeutic studies, plant biotechnology and other biological research. Institutes such as CSIR - Institute of Genomics and Integrative Biology (IGIB), Christian Medical College (CMC) and Indian Agricultural Research Institute (IARI) have been using CRISPR for genetic research.

Many other labs across India including CSIR research labs, the National Centre for Biological Sciences(NCBs), Institute of Stem Cell Science and Regenerative Medicine (InStem) and other autonomous institutes under the Department of Biotechnology (DBT) have started employing CRISPRs for various researches.

A major milestone in CRISPR research was the development of the CRISPR Covid-19 test known as FELUDA. It was developed by CSIR - IGIB with the TATA group.

The Department of Biotechnology (DBT) which is under the Ministry of Science and Technology, Government of India is actively funding researches based on CRISPR. Thus, confirming a positive response to the growing research prospects in gene editing.

However, one major challenge faced is the unavailability of a proper set of guidelines, rules and regulations that are specific for genetic engineering research. Currently, the genetically modified organisms and genetically engineered products follow "Rules for the manufacture, use, import, export & storage of hazardous microorganisms, genetically engineered organisms or cells, 1989” that is notified under the Environment (Protection) Act, 1986. But it does not include recent innovations like the CRISPR CAs9.

Therefore, the Indian Council of Medical Research (ICMR) in consultation with DBT and Central Drugs Standard Control Organisation (CDSCO) has developed a draft on Genome Edited Organisms: Regulatory Framework and Guidelines for Risk Assessment that provides appropriate biosafety frameworks for research, development and application of Genome Editing Technologies in various sectors. The development of this draft shows the surge in research and projects based on gene editing and makes one wonder what the future holds.

Varshinee Devanand is a freelance writer from Coimbatore