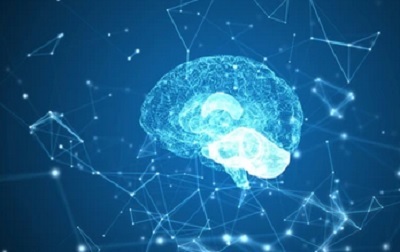 The ever-growing and expanding field of neuroscience makes it a fascinating avenue to explore, one particular field that has been progressing at a rapid pace is the intersection between neuroscience and technology a term called neurotechnology. This field has heightened the reach of neuroscience to the extent of machines assisting with the functioning of the human brain if necessary.

Recent years have witnessed an explosion of mind-boggling technological interventions including the use of wearables, social media data, and even something as basic as your smartphones to help alleviate an array of central nervous system disorders such as Parkinson’s Disease, mood disorders, and schizophrenia- the leading causes of death and disability worldwide. These conditions demand the need for effective treatment but the implementation of these therapies has lagged because of our poor understanding of the underlying physiological mechanisms but not to worry because digital technology is very promising and has great potential to address these problems.

Neuroimaging and neuro microscopy accounted for 47 per cent of the Indian market share in 2016 and is expected to grow at a CAGR of 2.9 per cent over 2020-2027. Research projects Indian scientists have been involved in serves as evidence of the flavourful breadth of this field- whether it be modelling multi-sensory perception or creating bionic limbs as good as a normal limb neurotechnologists have conquered it all.

Assessment of central nervous functions is currently based on snapshots taken during clinical visits however these instruments tend to miss detecting overall trends due to variations among health care providers and a bias towards recent experiences. Digital technology holds the power to generate and collect data from large patient datasets and generate individualised treatment options and predict the onset of symptom manifestation.

Some of these inventions can identify people from the prodromal ages or even find warning signals of when a patient makes the drastic switch from mania to suicidality thereby enabling immediate action. In contrast to other disorders, neurological disorders are unique in that there are no blood tests for most disorders and brain tissues are generally not easily procurable so the digital tech could be a great tool for detection and measurement addressing a fundamental lacuna in the neurology arena.

Digital therapeutics is defined as “delivering evidence-based therapeutic interventions to patients that are driven by software to prevent, manage, or treat a medical disorder or disease. They are used independently or in concert with medications, devices, or other therapies to optimise patient care and health outcomes.” This could overcome several limitations of traditional options of providing health care as well as reduce costs associated with visiting the hospital. Chronic diseases could greatly benefit from this technology due to its continuous monitoring and routine communication with the patient regarding prescribed medications and status of health.

The computer-assisted rehabilitation environment (CAREN) is a motion-based technology employed for upper limb rehabilitation. Similar to physical exercise methods, CAREN engages the patient in a series of reach and grasp tasks wherein patients perform a full range of elbow and shoulder movements. This technique has shown great improvement in motor function impairment and clinical scores post-intervention and has now been introduced in the All India Institute of Medical Sciences (AIIMS).

Cognitive rehabilitation via digital instruments is also a great option to improve neuroplasticity of the brain, Cogmed is an online platform, represented by Pearson Academy now has a branch in India called Pearson India providing therapy training to improve working memory. Other than this, it can address the neurological symptoms accompanying various disorders such as pain, fatigue, speech and/ visual dysfunction.

Clinical trials evaluating the efficacy of the 'Nintendo Wii Fit Board Balance' such as the ones conducted by MGM Institute of Physiotherapy in Aurangabad, Maharashtra showed an improvement in gait instability in Parkinson’s Disease patients leading to better dynamic balance, obstacle crossing velocity.

The burgeoning field of neuro-tech is meant to not only add to the capabilities of the nervous system but expand its reach- one example of this is Elon Musk’s Neuralink, a project aimed at creating brain-machine interfaces to bridge the gap between humans and computers. This project has inspired scientists at the Indian Institute of Sciences, Bangalore to create its first-ever Centre for Neuroscience dedicated to research into the brain-machine interface.

The recent projects include understanding the neural computations underlying cognition to developing microchips and systems for screening, testing neurological disorders greatly contributing to the therapeutic arena of neuroscience.

The lesson this pandemic has taught us is that tech can not only facilitate remote consultations but also enable information communication and image transmission reducing the load on the frontline medical staff.

Serena Malik is a freelance writer from Mumbai