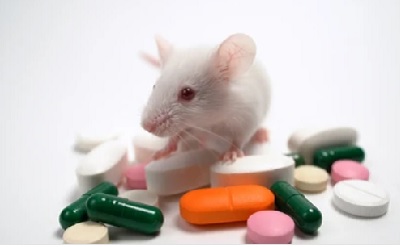 Toxicity studies are performed to assess the degree to which drugs and chemicals are hazardous to humans, animals or the environment. Most conventional toxicity testing methods involve administering varying doses to a laboratory animal and observing any adverse effects on health. This approach is expensive and time-consuming, and the use of animals raises ethical concerns as well as issues of extrapolation and interspecies translation.

Different types of studies like acute toxicity studies, genotoxicity studies, repeated dose studies, carcinogenicity studies, etc. are performed to assess the single dose, short term and long-term toxicity of drugs and chemicals under investigation. The array of toxicity tests for a pharmaceutical compound to reach the market can use 1500-3000 animals. Rats and mice are most commonly used in toxicity testing, but other animals such as rabbits, guinea pigs, dogs or non-human primates are used in some studies.

Animals suffer stress and significant discomfort during toxicity testing. Additionally, all animals used in these tests are routinely sacrificed immediately at the end of the experiment period to enable histopathological examination. Concerns about animal welfare in research and testing have led to laws and policies that aim to ensure that animals are only used when scientifically justified, and at a minimum number necessary to provide scientifically valid results. This approach to the humane use of animals is commonly referred to as the '3Rs of Alternatives,' a concept first described in 1959 by William Russell and Rex Burch.

The concept involves refining animal use to lessen or avoid pain and distress and enhance animal well-being, Reducing the total number of animals required for specific studies, and replacing animals with non-animal systems and approaches.

Almost all countries now have laws, policies, and regulations for the application of 3Rs alternatives and review by oversight committees before animals can be used in research or testing. In the US, the NIEHS (National Institute of Environmental Health Sciences) and The US Interagency Coordinating Committee on the Validation of Alternative Methods 1298 Human and Experimental Toxicology (ICCVAM), are instrumental in reducing, refining, and replacing the use of animals in testing by evaluating alternative test methods. 63 alternative test methods have now been accepted by regulatory authorities, including 28 animal-based methods that refine or reduce animal use and 35 methods that do not use animals. Toxicology in the 21st Century (Tox21) is a US federal research collaboration that is developing alternative, non-animal methods to quickly and efficiently test thousands of chemicals for potential health effects.

In vitro mechanisms like cell and tissue culture have helped reduce the number of animals used in research, but leave much to be desired in terms of accuracy and predictive power. Computational modelling is a promising alternative approach for animal testing. In-silico toxicology (computational toxicology) is one type of toxicity assessment that uses computational resources to analyse, model, simulate, or predict the toxicity of chemicals. Existing computational models for risk assessment, such as quantitative structure-activity relationship (QSAR), PBKD (Physiologically Based Kinetic and Dynamic) structural alerts, reads across models for various toxicity endpoints, can all be used to quickly predict large toxicity and prioritize potential toxic compounds.

With this approach, we hope to negate the need for longer studies and in the process reduce the number of animals sacrificed, as well as the cost and the time required for testing. The complete replacement of animals in toxicology research and testing remains a complex task – we believe deep learning-based toxicity prediction can be the solution.