Robotic surgery not only allows surgeons to perform complex tasks but allows them to do so in the most minimally invasive way possible, with little or no chance of infection along with a faster recovery rate 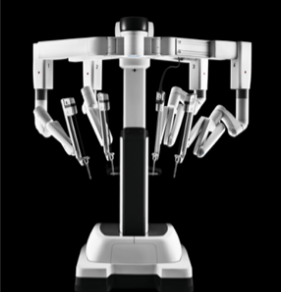 Robotic surgery, also known as robot-assisted surgery, enables doctors to execute various types of surgeries including the most complex and critical ones as the robotic advancement allows doctors to act with more precision and flexibility than would not have been possible otherwise. The medical surgery industry is seeing a shift in the core things that were believed in the last few decades, namely, the life of patients after the surgery and cure from the ailment but now the expectations from surgery are much higher as the patients’ opinion has become much more important. The patient experience matters, the surgery should be minimally invasive, the cost of surgery is expected to be less along with the time it will take to recover. The shift is from what was important to doctors to what is now important to patients.

Robotic surgery not only allows surgeons to perform complex tasks but allows them to do so in the most minimally invasive way possible, with little or no chance of infection along with a faster recovery rate. Robotic systems in medicine are relatively new but advancements are coming up quickly, companies such as Intuitive Surgical (Sunnyvale, California), Hansen Medical (Mountainview, California), and Medtronic (Minneapolis, Minnesota) are some of the biggest initiatives working on the advancement of surgical robots. Aerospace centres in Germany, Tokyo, and many other countries are trying to develop a robot that will revolutionise surgery in the future, with miniature sensors installed inside the lightweight structure of the robot, giving insights by being further inside of the patient’s body also improving patient’s safety, as it is programmed to not carry out any accidental movement in case of a hand slip from the surgeon’s side.

As of today, the most advanced surgical robot to exist is the da Vinci Surgical System made by Intuitive Surgical which got the approval of the Food and Drug Administration (US) in 2000. Now with the latest technology, artificial intelligence, and machine learning is being incorporated into the world of surgical robots. Manufacturers have felt the need to automate by using deep learning data instead of the behaviour programmed by the engineer, that’s where AI and ML come into the picture, AI can detect patterns in the surgical procedures to improve practices and to improve a surgical robots’ control accuracy to submillimeter precision.

Now the main question that arises is what happens when the surgical robots make a mistake? As of now, robotic devices are only used under the supervision of surgeons. Surgeons enter calculations and programme decisions into their robots, which are known as robotically-assisted surgical (RAS) devices. RAS devices allow surgeons to make smaller, more precise incisions on patients’ bodies for minimally invasive surgeries.

Even organisations such as European Union (EU), do not have a clear framework that regulates RAS Devices. Under the Medical Devices Directive, the EU classifies these devices as ‘Class IIb medical devices.’ FDA (US), also classifies surgical robots under medical devices, to get the certificate of approval, the manufacturers have to illustrate that the benefits of the technology outweigh its risks, each RAS device is reviewed individually. With scientists envisioning a future of autonomous robotic surgeries, the need for regulation will only grow more urgent. As a result, various frameworks are being proposed to regulate RAS. One proposal is to create a framework that establishes six levels of autonomy for RAS devices, a leadership team can be established consisting of a Director of Robotic Surgical Services, a Robotics Head Clinical Nurse, and other leaders. With rapidly changing technology nothing can be certain but one thing is for sure that Autonomic surgical robots are the future and Regulators need to be ready.

Robotic surgery has few challenges to overcome first, the cost of the equipment is very high, the da Vinci Surgical System costs about $2 million, resulting in the high rates charged by the surgeons. But as technology becomes more common, the cost of robots is expected to come down in near future. Secondly, the training of the staff which has always worked in a conventional way, now the doctors in training have to learn how to operate the robot along with how to perform the surgery.

With this level of surgical advancement, experts believe that robots will be the future of surgery. So, does that mean that robots will replace surgeons sometime in the future? Experts say, No. Some parts of the surgery such as suturing or separation of tissues might change to autonomous control but it may not be possible to make the robots completely autonomous. So, it can be concluded that robots are definitely going to change the surgical landscape in the near foreseeable future but they cannot completely replace doctors.