Breast self-examination is a good way to find the symptoms of breast cancer. 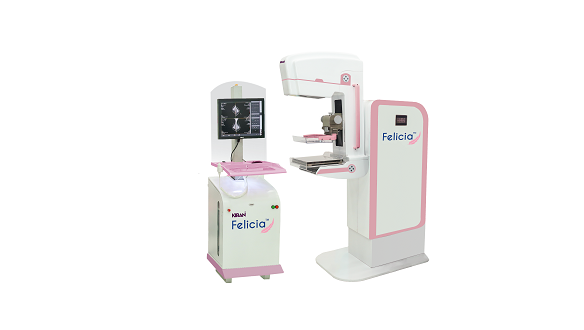 Breast cancer is one of the most common cancers that affect Indian women with high mortality rate & increasing incidences and early diagnosis of the disease is imperative for better survival rate. According to American Cancer Society Guidelines, the standard screening process of mammography should start at the age of 45 as Breast cancer in Indian women is a decade younger in comparison to western women with peak incidence at 40– 50 years.

Breast Cancer Screening plays an essential role in early detection which increases the chances of effective & successful treatment.  Breast self-examination is a good way to find the symptoms of breast cancer.  When practiced regularly, one learns to differentiate between normal tissue and the abnormal new change in the breast. However, for precise screening and diagnosis, mammogram is essential for which good quality Mammography System is needed in a Centre. In the conventional Analog Mammography Systems, there are various limitations due to films but with the new Digital Mammography technology, the detection efficiency of invasive cancer has increased significantly.