Pharmaceuticals, bio-medicine, aviation, and automobiles industries have rapidly adopted 3D printing over the years, worldwide, to develop new solutions and prototypes. It is also helping many industries, healthcare, in particular, increase productivity. 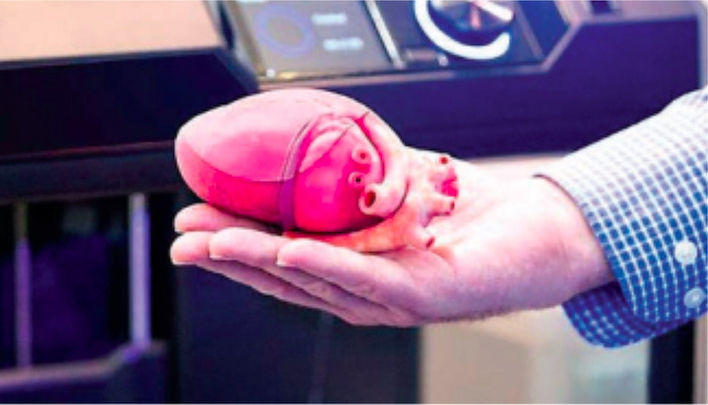 Despite all its advantages, 3D printing technology is currently posing a number of challenges in the market such as initial costs, limitation to the metals and plastics used for 3D printing, lack of policy standardisation, etc.

3D printing has made tremendous contributions throughout healthcare. It has been able to improve clinical outcomes, reduce operation duration and also reduce overall treatment cost. 3D printing has been serving major applications across the globe such as replacing human organ transplants, producing cheaper versions of required surgical tools, speeding up surgical procedures, and improving the lives of patients on prosthetic limbs. Newer tools, advanced technologies are helping in delivering better treatments and devices that are customised to better serve the patient.

As per a recent report by Markets and Research, the global automated 3D printing market was valued at $507.8 million in 2020 and is expected to grow at a compound annual growth rate (CAGR) of around 37.14 per cent over the forecast period (2021 - 2026). Although the additive printing market has witnessed growth in India as well, there is still a lot of untapped potential.

In the US in 2017, Food and Drug Administration (FDA) issued guidelines for additive manufactured medical devices, including recommendations for testing of devices that include at least one additively manufactured component or additively fabricated step. The European Union has specific legislation for 3D printing in the manufacturing of medical devices. During the onset of the COVID-19 pandemic, special guidelines were issued for 3D printing for COVID-19 relief.

On the other hand, India’s National Policy on Electronics, 2019 promotes R&D and startups in emerging areas of technology including additive manufacturing. However, domestic manufacturing is yet to realise the full potential of 3D printing. India has some sector-specific laws, such as in medicine, which can be interpreted to include 3D printing. Even India’s Drugs and Cosmetics Act, 1940 does not specifically address 3D printed objects but the Ministry of Health and Family Welfare expanded its definition of ‘drugs’ under the Act in February 2020, which include appliances used for diagnosis, prevention, or treatment of a disease. There is still a lack of clarity on the applicability of this legislation to 3D printed devices.

The global market is dominated by 3D Systems, Inc, GE Healthcare, Electro-Optical Systems, Stratasys, Renishaw plc. Major manufacturers are focusing on the development of intermediates by offering a wide range of 3D bioprinting.

Recently GE Additive collaborated with Imaginarium to join its global sales partner network as an official sales partner in India. Imaginarium will resell GE Additive’s portfolio of metal additive manufacturing machines and metal powders which includes Direct Metal Laser Melting (DMLM) and Electron Beam Melting (EBM) technologies. The products are aimed at manufacturers across a wide range of industries, including medical and dental in the form of customised implants, crowns, bridges, etc. GE Additive will leverage Imaginarium’s network in the Indian market to drive the adoption of its state-of-the-art metal additive manufacturing machines.

The Apollo Hospitals Group and Anatomiz3D Medtech have also announced a collaboration for the design and printing of complex implants. The partners would take the lead in a pioneering initiative to establish Hospital 3D printing labs in India for 3D-printed implants that would enable doctors to visualise and print implants for complicated cases. The first of these would be launched at Apollo Health City, Jubilee Hills, Hyderabad.

Bengaluru-based Altem Technologies has partnered with CELLINK, the world’s first bioink company, to accelerate Life-Science research with 3D bioprinting in the Indian market. Altem intends to establish a strong presence of bioprinting in the field of medical research and life science applications.

Commenting on the partnership with CELLINK, Sharath Chandra, Co-founding Director, Altem Technologies, Bengaluru, said, “India has much potential in drug and medicine development and requires more specialised technologies to deliver the future services in life science and healthcare. Through this partnership, we invest in making strategic efforts in identifying and nurturing the 3D bioprinting development opportunities for India. The outcome of this partnership will be to engage and respond to future trends of medicine and healthcare with bioconvergence solutions.”

Changing lives for the better

Indian doctors may soon have a novel and affordable 3D robotic motion phantom to simulate the lung motion of a cancer patient to help deliver focused radiation in the upper abdomen or thoracic region. Developed by Prof Ashish Dutta, Indian Institutes of Technology (IIT), Kanpur, and Prof KJ Maria Das, Sanjay Gandhi Postgraduate Institute of Medical Sciences (SGPGIMS), Lucknow, the 3D robotic motion phantom can reproduce the lung motion of a human during breathing. It is part of a platform that not only emulates the human lung motion as a patient is breathing but can also be used to check if the radiation is being correctly focused on a moving target.

The major part of the phantom is a dynamic platform over which any dosimetric or imaging quality assurance devices can be placed, and the platform can mimic 3D tumour motion by using three independent stepper-motor systems. As it emulates the lung movement, a moving or gating window is used to focus the radiation from the radiation machine on the moving tumour. Detectors placed in the phantom help detect whether the radiation is localised on the tumour.

To aid and protect our healthcare workers, Tvasta Manufacturing Solutions, founded by IIT Madras Alumni, has collaborated with Saint-Gobain, to develop a 3D-printed doffing (procedure of ‘effective and safe’ removal and proper disposal of personal protective equipment (PPE) unit to protect India’s healthcare workers in the frontlines against COVID-19. Two doffing units have already been launched with the third one under construction.

Recently the orthopaedics team at Fortis Memorial Research Institute, Gurugram implanted the largest (in India) custom-made 3D printed hip implant (printed by Incredible AM) in a 60-year-old Tanzanian patient. Such a customised implant was required as the patient’s pelvic bone had been badly damaged due to three previous hip surgeries.

With the ongoing second wave of COVID-19 in India, cases of Mucormycosis (black fungus) have been on the rise, and by the end of June 2021, India had reported over 40,854 cases. The medical community is trying to get to the core of this epidemic that is on the rise. Since black fungus mostly affects the sinus region, surgeons remove the infected tissues to prevent the spread, leading to facial deformities in several cases.

Fortis Hospital Shalimar Bagh in February 2021 treated an 18-month infant suffering from Trigonocephaly. A rare condition in which the shape of the front of the head is triangular, causing aesthetic and neuropsychological development defects. Digital data from the patient’s 3DCT scan was fed into the 3D printer to print two rapid prototype skull and upper face models, which were exact replicas of the patient’s skull. A craniofacial surgery was performed to correct the deformity.

Hurdles on the way

With all its advantages, 3D printing technology is still not used extensively. One of the most prominent reasons being the initial costs involved in obtaining the printers, and raw materials involved. There is a limitation to metals and plastics used for 3D printing as not all metals and plastics can be 3D printed. Lack of knowledge widely available makes the printing process complex. Impact, in the long run, is yet to be determined.

Scaling up 3D printing will make the technology available to the masses, reducing costs. Global organisations can consider collaborations to bring further innovation in the field of additive printing. Policy standardisation will propel further growth, boosting the technology which could lead to global adaptation of 3D printing. Faster adaptability will help boost the confidence of patients opting for 3D procedures, implants, and medical devices.