Understanding and treating psoriasis: The immunologic role of IL-17A

Given the importance of timely diagnosis of psoriasis, there are various treatment options available for various levels of severity of the disease 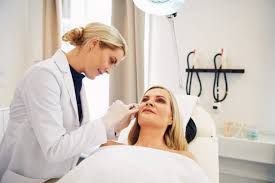 Prevalence and DALYs associated with psoriasis

In 2010, the Global Burden of Disease Study showed the estimated burden of diseases across 187 countries, which included 15 skin disorders. The disability‐adjusted life year (DALY) score for skin disorders was studied as per symptoms, such as itch and disfigurement and also according to the associated impact of debilitating conditions such as depression. Of 176 health conditions that were studied, Psoriasis received a high DALY score, given the various psychological and metabolic comorbidities associated with it.

Furthermore, of the 777 million Years Lived with Disability (YLDs) from all causes in 2010, some of the main contributors to global YLDs were mental and behavioral disorders.

While the disease may not be life-threatening in many patients, the prevalence of psoriasis stands somewhere between 2 to 3 percent of the total population worldwide .

Studies also indicate that 75% of patients believed that psoriasis had moderate to large negative impacton their quality of life (QoL), which affects their daily activities .

Several people living with psoriasis suffer from delayed or incorrect diagnosis which can result in significant negative impact on patients&#39; health related quality of life (HRQoL).

Given the importance of timely diagnosis of psoriasis, there are various treatment options available for various levels of severity of the disease.

The most widely used treatment options for mild to moderate psoriasis are topical treatments like corticosteroids, vitamin D analogues and phototherapy (light therapy).

As per conventional treatment, topicals and systemics have been prescribed for moderate to severe cases of psoriasis. Unlike phototherapy or topicals which only target the external surface of the skin, systemics are able to work throughout the body.

Over the last three decades, larger evidence has indicated the important role of the immune system in understanding psoriasis.

Better understanding of psoriasis has placed emphasis on interleukin 17-A, or IL-17A and its immunologic significance as the major effector to the pathogenesis of the disease. This has helped introduce the development of newer medications, such as biologics, including those consisting of IL-17 as the therapeutic target.

According to scientific medical research and trials, biologics have shown to effectively treat moderate to severe psoriasis. Biologics are protein-based drugs obtained from cultured living cells. Compared to traditional systemic drugs that impact the entire immune system, biologics only target specific parts of the immune system. In this manner, they are able to block the action of a specific type of immune cell, such as a T-cell or proteins such as interleukin 17-A in the immune system that are responsible fordeveloping psoriasis.

Prior to recommending and starting biologic therapy, clinicians should inform the patient about any possible short-term or long-term risks and weigh them against the benefits of the drug. Medical experts should also determine if the patient is suffering from a pre-existing medical condition, especially a comorbidity.