Around 3 percent of Indian patients are on maintenance biologics, which is far less than that of the West. 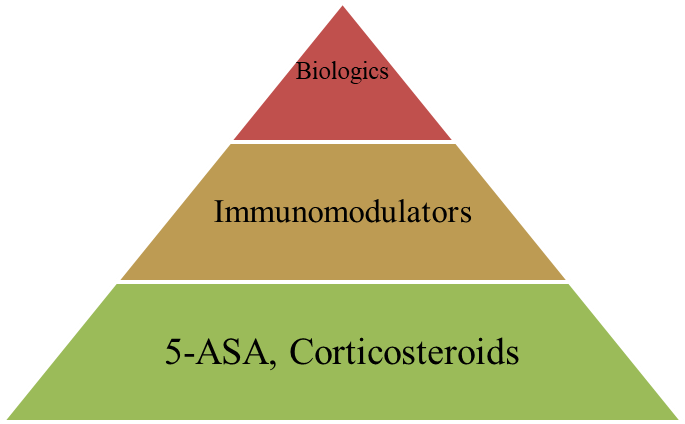 India is a land of remarkable diversity - multiple races, diverse cultures, different genetic makeup, dietary preferences and varied socioeconomic environments. Traditionally, India has witnessed a high rate of infectious diseases and in last few years Inflammatory Bowel Disease (IBD) has emerged as one of the concern areas. India is now one of the countries with highest number of IBD patients.

IBD is a complex chronic disabling disease resulting from a mix of autoimmune, genetic and environmental factors. This was believed to be rare in India. Initial reports were published in the year 1933 but very few studies thereafter, were conducted. After the 1980s there has been a steady increase in the incidence of inflammatory bowel disease for both Ulcerative Colitis (UC) and Crohns disease (CD) across Asia, including India.

Changing environment, affluent lifestyles, modernization and westernization have been attributed for this rise. Extrapolated data based on prevalence and the population suggests that the overall burden of IBD in India is already amongst the highest in the world today.

There is no gold standard for the diagnosis of IBD by disease presentation. Moreover, in India, the presence of infectious mimics of IBD delays the diagnosis and accurate assessment of the disease. Some of the symptoms include diarrhea along with blood, abdominal pain and features of bowel obstruction. Referral to a GI specialist typically happens only after recurrent attacks or
in instance of an unresponsive case.

Colonoscopy with biopsy for histopathology is the most commonly used diagnostic tool. Small bowel evaluation is usually done for select cases and includes enteroscopy as well as capsule endoscopy. In India where tuberculosis (TB) is endemic, it often leads to a diagnostic dilemma between Crohns disease and intestinal tuberculosis.

A. Induction of remission (control or resolution of inflammation leading to symptom resolution)

B. Maintenance of remission and complete mucosal healing

Drugs used in the management of IBD. These can be classified primarily into -
1. Aminosalicylates
2. Steroids
3. Immunomodulators; AZA, 6MP, Methotrexate
4. Biologics including biosimilars, anti-integrins
5. Others: Antibiotics

The standard step up therapy - begun with 5ASA and move up the pyramid if unresponsive - is usually followed. The top down approach with biologics first as advocated by some studies is often not practical in India.

Generally UC, even pancolitis, follows a benign course with good response to medications. Steroids are used either for induction of remission or for the treatment of flares. These are tapered off within a few weeks and maintenance is on mesalamines - usually 2.4gm /day. Azathioprine is the most common immunomodulator used, particularly for steroid dependant or steroid resistant cases or for recurrent relapses. NUDT15 testing has been shown to be more useful in the indian population as compared to the TPMT testing prior to starting azathioprine.

The use of biologics is very limited for UC and a surgical option is often considered for patients with steroid refractory, intolerant or dependent ulcerative colitis. The management of CD in India is initiated after tuberculosis has been confidently ruled out or after a non-response to empirical anti-tubercular therapy. Medications like steroids for remission and azathioprine for maintenance are commonly used. Among biologics, Infliximab and Adalimumab are approved for IBD in India. Vedolizumab has also been approved, and will be available from June 2020.

Around 3 percent of Indian patients are on maintenance biologics, which is far less than that of the West. This is because biologics are expensive and often unaffordable. Additionally, there are risks of development of TB due to immunocompromised state. The trend and research in India is now to develop low cost treatment options, especially faecal transplantation, stem cell therapy & bioenhanced curcumin.

To conclude, IBD cases are increasing as the country moves towards further westernization. With changing environment and lifestyles, India is emerging as one of the countries, with highest number of registered cases. The large population of the country together with the rise in incidence is expected to lead to a high burden of disease. Additionally, the cost of treatment needs to be reduced. The search for low cost yet effective treatment options for IBD is the needof the hour not only for India, but globally.